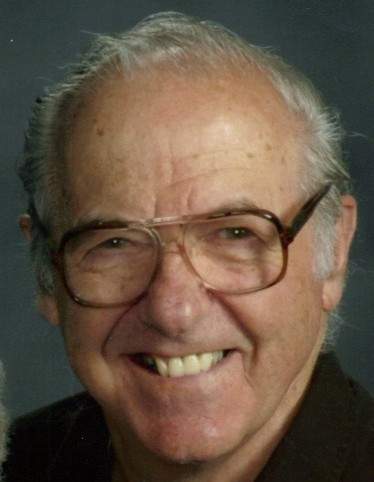 James Matthew Campbell, 86, of Chippewa Falls, died Monday, December 9, 2019 at the Comforts of Home Assisted Living surrounded by his family and while under the care of St. Joseph’s Hospice.

He was born October 9, 1933 in Chippewa Falls to Sylvia (Norton) and George Campbell.  He graduated from Chi-Hi in 1953.

James proudly served in both the Army National Guard and the U.S. Army Reserves during the time of the Korean Conflict.

On December 14, 1953, he married his sweetheart, Henrietta Spaeth Wittrock at St. Charles Catholic Church in Chippewa Falls, and passed away just days short of their 66th wedding anniversary.

They resided in Chippewa Falls except for a short time when James worked for John Deere in Iowa. Later James worked for A&P Grocery and then the Northern Center for the Developmentally Disabled, retiring in 1992. James was also president of the labor union at the Center for approximately ten years, holding other positions prior to president.

James fought a courageous battle with cancer for six years, undergoing over 60 treatments and four implantations. He was determined to stay to take care of his bride and fought hard, surpassing his doctor’s expectations by four years.

James had a smile that could light up a room, and if you knew him, you know he loved to talk. He could talk at length on any topic. He was well-read and highly intelligent. He was a voracious reader and he never stopped learning.  He was a prolific writer and had a column on the history of Chippewa Falls in the Chippewa Herald for several years.

The greatest joy of James’ life was his family. He loved camping with his growing family, even into his senior years. He helped his children build or remodel their homes. He was always there to lend a helping hand.  Jim was an extensive genealogist and loved investigating and learning about his family and helping others do so.  He served as a member and president of the Washburn Genealogy Society for many years.  Genealogy combined his love of history and family.

James will be greatly missed by all of his family and his friends. But he has been welcomed home to the beautiful home he now has in heaven with his Lord and Savior where he is getting his much deserved rest from a hard fought war. Rest in peace Dad, we love you.

A memorial service will be held at 12 p.m., Saturday, December 14 at Crossroads Church with the Rev. Wade Duroe officiating.  Interment will be in Hope Cemetery, Chippewa Falls with lunch following at the church.

A visitation will be held from 10 a.m. until the time of service at 12 p.m. Saturday at the church.

In lieu of flowers, memorials are appreciated and may go to the American Cancer Society or to the Chippewa County Humane Association.

To order memorial trees or send flowers to the family in memory of James Campbell, please visit our flower store.