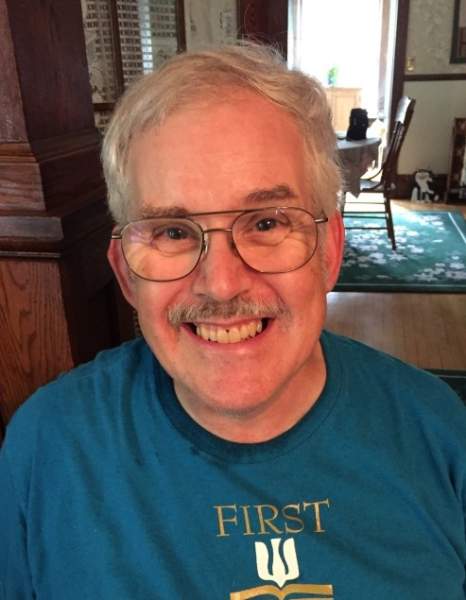 On September 30, 1978, he married Kathleen Hillery at the Hillery Family Farm in Chippewa Falls.

For many years Jim work at Cray Research in Chippewa Falls as an electrical engineer. He loved computers and helped many people over the years with technical difficulties.

Jim enjoyed biking, camping, canoeing, downhill skiing and spent many hours volunteering in the community.  He dedicated his time to the Family Support Center, Heyde Center and served on the Board of Directors at the Chippewa Falls Museum of Industry and Technology.

Jim spent many years as a boy scout leader while working with the youth in the community. His true passion was his family, and friends. Some personal traditions were fire works with his dear friend Steven Cray, traveling with his family, and camping trips with the boys scout troop.

He loved everyone with a deep passion, and did everything he could to help all members of the community.

He was a longtime member of First Presbyterian Church in Chippewa Falls, serving as an elder and was instrumental in updating the church’s sound system and computers.

He was preceded in death by his mother, Kathrene; father, Joseph (Ellen Devine); brother-in-law, Daniel Gribbon; and uncles, Hugh and Charles Mandelert.

A funeral service will be held at 11 a.m., Wednesday at the church with Rev. Barry Boyer officiating. Interment will be at Forest Hill Cemetery, Chippewa Falls.

To order memorial trees or send flowers to the family in memory of James Mandelert, please visit our flower store.