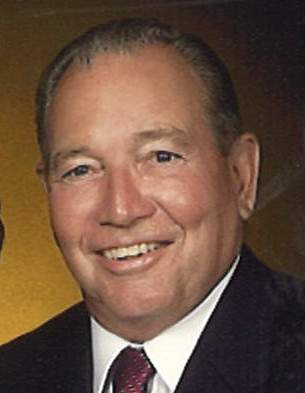 James N. “Jim” Mayer, 83, of Lake Hallie, passed away on Thursday, May 26, 2022, at Mayo Clinic Health System-Eau Claire after a battle with cancer.

He was born June 4, 1938, to Ray and Magdalene (Walter) Mayer. On June 14th, 1958, he married Mary Gehl at St. Charles Borromeo Catholic Church in Chippewa Falls.

Jim graduated from Chippewa Falls High School in 1956. Following graduation, he joined the U.S. Army and was honorably discharged in 1958.  He then worked at Chippewa Shoe Co. as a heeler for 30 years and as a bartender at Culvers Bar for 25 years before retiring.

Jim was an avid hunter and loved to fish. He also enjoyed his garden and sharing it with family and friends, and spending time with his great-grandkids and watching them play ball.

Visitation will begin at 9:30 a.m. Thursday at the church.

In lieu of flowers, memorials are preferred to St. Jude Children’s Research Hospital.

The family would like to thank the staff at Mayo Clinic Health System and the Oncology Department.

To order memorial trees or send flowers to the family in memory of James Mayer, please visit our flower store.