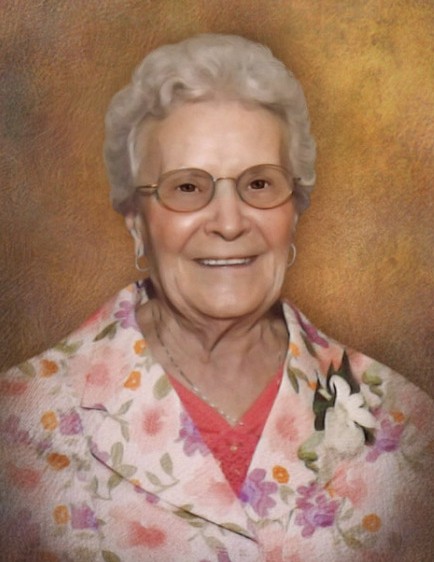 She was born to Joseph & Mary (Kurtz) Bleskacek on December 21, 1926, in Bloomer, WI. Janet Married Patrick Brick on September 10, 1946, at Notre Dame Church, Chippewa Falls. She enjoyed her card clubs and coffee dates with her friends. Janet especially enjoyed going to the Fill-Inn Station with her church friends after Mass on Saturday evenings. She and Patrick were faithful members of Notre Dame Catholic Church, serving on various committees and boards. She was a kind and loving wife, mother and grandmother that will be missed by all who knew her.

The funeral service will be held at 10:30 a.m. on Monday, August 24, 2020, at Notre Dame Catholic Church, 117 Allen Street, Chippewa Falls, with a visitation beginning at 9:30 at church. Fr. Jesse Burish will be officiating. Interment will be in Hope Cemetery, Chippewa Falls at a later date.

To order memorial trees or send flowers to the family in memory of Janet Brick, please visit our flower store.