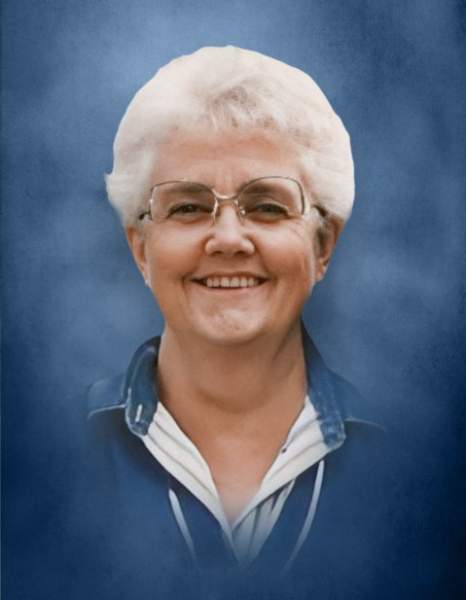 Janet R. Langteau, 87, of Chippewa Falls, went home to be with the Lord on Thursday, June 16, 2022, at the Chippewa Manor Apartments while under the care of St. Joseph’s Hospice.

On July 11, 1953, she married Leonard L. Langteau in Stetsonville, WI.  They lived in Stetsonville until Leonard’s work relocated them to Chippewa Falls, where they lived on Lake Wissota for 43 years.  Janet worked at Presto, Northwestern Bank, and the library at UW-Eau Claire until her retirement in 1996.

Janet loved to care for her flower garden, read, knit, crochet, and spend time with her grandchildren and great-grandchildren.  She had a strong faith and was active in her church groups at Christ Lutheran and Faith Lutheran Church.

She was preceded in death by her parents; husband, Leonard in 2020; son, Timothy in 1982; sister, Evelyn (Dutch) Poehnelt; and brother, Russell (Shirley) Doberstein.

A funeral service will be held at 11 a.m., Monday, June 20 at Faith Lutheran Church, Chippewa Falls with Rev. Dan Wonderly officiating. Interment will be at Prairie View Cemetery in the Village of Lake Hallie.

Visitation will be one hour prior to the service at church on Monday.

For those unable to attend, the service will be live-streamed, and a recording will be available to view on this webpage.

To order memorial trees or send flowers to the family in memory of Janet Langteau, please visit our flower store.