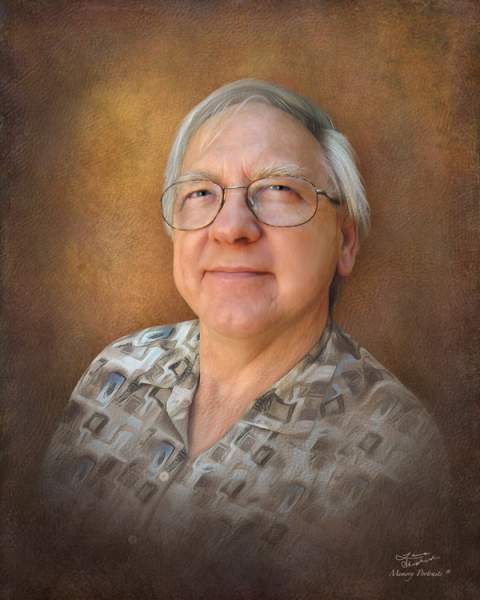 John Oscar Hassemer, 76, of Eau Claire, died peacefully at home with his loving family by his side under the care of Mayo Hospice on Tuesday, September 13, 2022.

On March 21, 1946, John was born to Oscar and Lillian (Yakesh) Hassemer in Milwaukee, WI. He graduated from Bloomer High School with the class of 1964. He later attended the University of Wisconsin-Stout graduating with a Bachelor of Science degree in Plant Management. He also earned two associate degrees from Chippewa Valley Technical College. John was united in marriage to Susan Smith on October 2, 1976, at St. Olaf Parish in Eau Claire, WI.

John worked at Braatz Appliance Center in Eau Claire for many years. When they closed, he worked at Cray Research in Mechanical Engineering. Later he worked for Walmart both at the distribution center and at the Chippewa store until his retirement in 2013.

John had many interests. He was an advocate for all animals. He volunteered with an animal rescue group that transported dogs that were scheduled to be euthanized to safety at a no kill shelter. Driving most every Sunday for many years, John helped save the lives of hundreds of dogs. In addition, he volunteered at the Dunn County Humane Society where he was honored as “Volunteer of the Month”. The birds in his yard were always well fed, and he built houses for the squirrels. Over the years, the Hassemer household was home for many loved animals.

John also had a passion for antique cars with dreams of collecting and restoring them. He loved riding his motorcycles. In particular, he enjoyed riding with Harvey Gleason, a good friend of his, and taking his children on rides. He built and flew radio-controlled airplanes.

John was a member of St. Olaf Parish for 46 years and was a true man of faith. He was a den leader for Pack 107 of St. Olaf Parish. He helped his sons build their pinewood derby cars. Many were winners. John was known for his remarkable sense of humor and was a master of “puns.” He loved nothing better than playing a practical joke. Victims beware. He was never without a crossword puzzle or sudoku to solve.

John was a kind man who loved his family and friends, cared about his neighbors, and contributed much to the world around him, and he will be missed.

He was preceded in death by his parents; brother, Donald Hassemer; and in-laws, Gordon and June Smith.

The visitation will be from 2 to 5 p.m. on Sunday, September 18, 2022, at Pederson-Volker Funeral Chapel, 44 East Columbia Street, Chippewa Falls.

A Funeral Mass will be at 11 a.m. on Monday, September 19, 2022, at St. Olaf Catholic Church, 3220 Monroe Street, Eau Claire, WI 54703, with a visitation one hour prior to the Mass at the church.  Fr. James Kurzynski will be officiating. Cremation and burial will be held on a later date.

In lieu of flowers, memorials are preferred to your local humane society.

To order memorial trees or send flowers to the family in memory of John Oscar Hassemer, please visit our flower store.