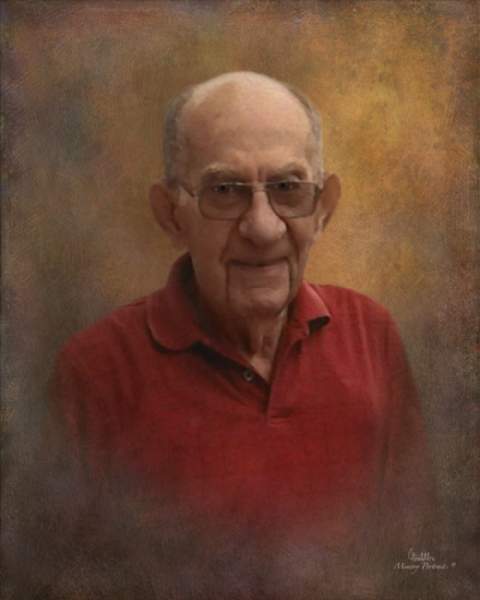 John J. Manning, 91, of Chippewa Falls, died peacefully with his wife and daughter by his side, on Friday, September 24, 2021, under the care of Mayo Clinic Home Health & Hospice.

John was born on January 7, 1930, to John P. and Emma L. (Johnson) Manning, in the township of Greenleaf, Litchfield, MN. He graduated from Litchfield High School in 1947. John proudly served his country with the US Navy from 1948 to 1952.

On August 27, 1960, John was united in marriage to Betty Pabst in Cedar Falls, IA. He worked at various lumber companies in MN, SD & IA. John worked at Wagner Door (Clopay) garage door company and in 1973 moved to Chippewa Falls and founded Chippewa Door Co. He retired in 1992.

John is survived by his wife of 61 years, Betty; daughter, Lori Manning; and brother, Jerry (Shirley); along with his nieces, nephews and other relatives.

He was preceded in death by his parents; sisters, MaryAnn (Doug) Hess and Joan (John) Hanson; and sister-in-law, Karen Manning.

A Celebration of Life will be at 11 A.M. on Thursday, September 30, 2021, at Pederson-Volker Funeral Chapel, 44 E. Columbia St., Chippewa Falls, with a visitation one hour prior to the service at the chapel. The interment will be in Prairie View Cemetery, Village of Lake Hallie, Chippewa County WI.

The family would like to thank Mayo Hospital, Dove South, and Mayo Hospice for all their care and support given to John. Please do not mourn the loss of John, instead celebrate his 91 ½ years of living!

To order memorial trees or send flowers to the family in memory of John Manning, please visit our flower store.