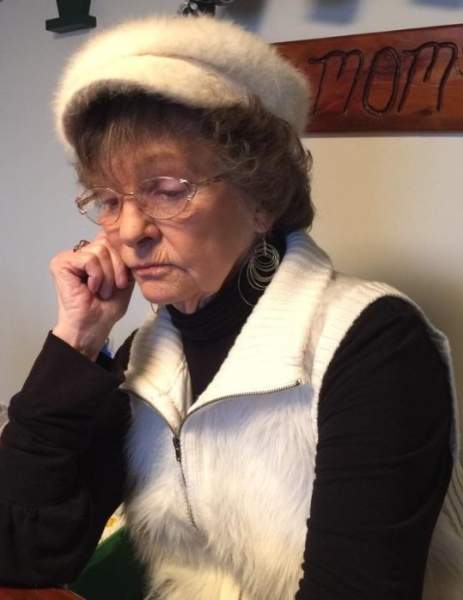 She was born January 1, 1942 to Thelma (Bulgrin) and Walter Ott. She grew up the youngest of four sisters in Marshfield and graduated from Marshfield Sr. High School in 1959.

On November 11, 1961, she married Robert H. Dahlke and had five daughters.  They later divorced but remained good friends.

Everyone who knew Judy will remember her spirited demeanor.  She was a woman of small stature but mighty.  She always said for anyone that was taller than her that she could still stand on a chair and command authority.  Judy was quick witted and had an arsenal of one liners that would stop you in your tracks.

Judy worked in many career specialties throughout the years.  In the early years, she and her husband owned and operated a dairy farm in Granton.  In the late 60’s and early 70’s, Judy worked as a medical assistant for Sarah and Milton Rosecrans in Neillsville, a job that she truly enjoyed.  The family moved to Kenosha in 1969 where Judy was a dispatcher for Morgan Drive Away.  The family moved back to Neillsville in 1975 and Judy learned to drive semi with her husband. A career change and the next adventure was operating a Surge milking equipment company.   They decided to give a shot at another business and for the next three years she worked operating the Gin Mill Bar and Restaurant in Granton.  After her divorce in 1982, Judy moved to Eau Claire to attend beauty school and worked for a short time as a hairdresser. Judy moved to Chippewa Falls where she worked as a personal supportive care worker providing home care to the elderly. Also Judy worked as a lobby receptionist at St. Joseph’s Hospital. During most of the last 35 years, Judy resided in Chippewa Falls. Although she did many different jobs, the most important one was that of being a mother.  She cherished time with her daughters, grandchildren, great-grandchildren and family members.

She was a member of the Moose Lodge for several years. Judy enjoyed visiting and spending time with friends.

She was preceded in death by her parents; two sisters, Jeanette Hansen and Elaine Meissner; and three brothers-in-law, Lamar Schmitz, Orville Hansen, and Norman Meissner.

A memorial service will be held at 6 p.m., Monday, January 27 at Central Lutheran Church, Chippewa Falls with the Rev. Aaron Sturgis officiating.

Visitation will be from 4 p.m. until the time of service at 6 p.m. Monday at the church.

In lieu of flowers, memorials are preferred and appreciated.

To order memorial trees or send flowers to the family in memory of Judith Dahlke Smith, please visit our flower store.