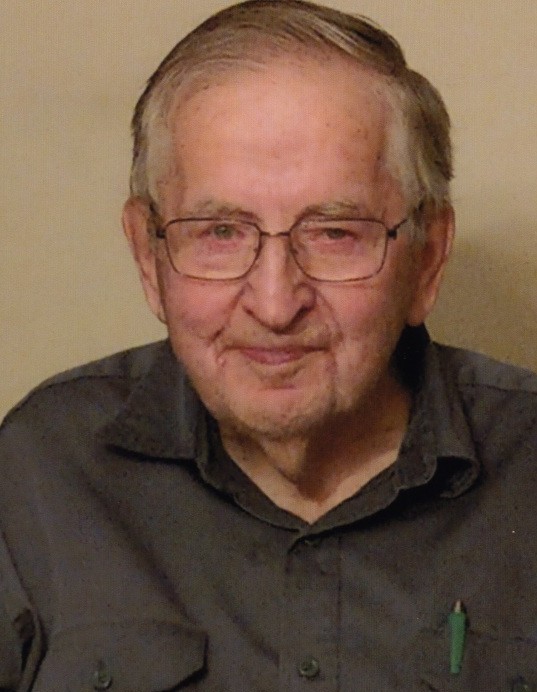 Julius E. Huth, of the village of Lake Hallie, Chippewa Falls passed away Wednesday, January 9, 2019 at the age of 90 years.

He was born in the town of Eagle Point to Emery and Anna Huth on December 22, 1928. He attended Eagleton and Chippewa Falls Schools.

At an early age he started working at Crane Lumber Company. In 1952 he joined the U.S. Army and served his country during the Korean Conflict. He was honorably discharged in 1960 as a Sergeant.

Julius went back to his job at Crane Lumber as a carpenter, where he worked for 48 years total. He married Millie Martinek on February 16, 1957 in a double ring ceremony at Zion Lutheran Church in Chippewa Falls officiated by Pastor Grimm.

He was preceded in death by his parents, 2 sisters, and 2 brothers.

A funeral service will be held at 11 a.m., Saturday, January 12 at Faith Lutheran Church, Chippewa Falls with Rev. Daniel Wonderly officiating. Interment will be at Prairie View Cemetery in the village of Lake Hallie with military rites conducted by the Chippewa Falls Patriotic Council.

Visitation will be held from 4-7 p.m., Friday, January 11 at Pederson-Volker Funeral Chapel, Chippewa Falls and also one hour prior to the service Saturday at the church.

To order memorial trees or send flowers to the family in memory of Julius Huth, please visit our flower store.