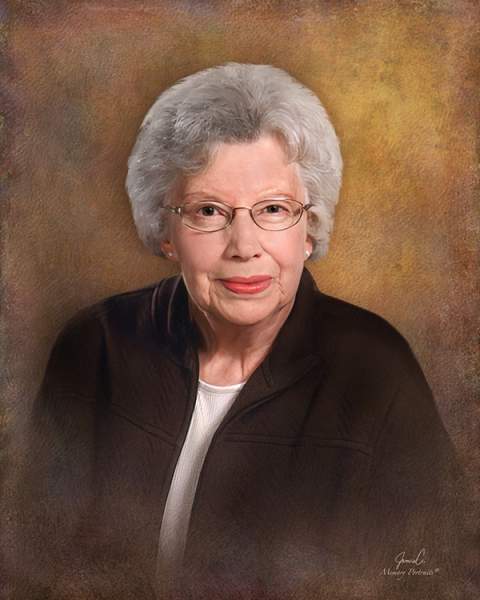 June Vader, 87, of Chippewa Falls, WI passed away on November 12, 2022, while under the care of Our House Senior Living and St. Croix Hospice.

June was born on June 12, 1935, to Robert (Bob) and Mayme Robertson. She grew up in Eagleton, Wisconsin and attended Eagleton School and Chippewa Falls High School, graduating in 1953. Following high school June worked as a secretary in the County Extension office at the Chippewa County Courthouse.

June was united in marriage to Ronald (Ron) Vader on December 18, 1955. They resided briefly in Chicago, Illinois and Brooklyn Center, Minnesota. In 1965, June and Ron returned to Chippewa Falls, where they built their home on the west hill and resided there until Ron's passing in 2013 and June's move to Our House Senior Living in August of 2022.

June was a homemaker, Brownie leader, gardener, fabulous cook and baker, and a longtime member of Trinity United Methodist Church. Most importantly she was a mother to her two daughters Cindy and Nancy, grandmother to three wonderful grandchildren, and great-grandmother to two special great-granddaughters. She loved her kitty Callie, Days of Our Lives, and ice cream.

She was preceded in death by Ron, her husband of nearly 58 years; her parents, Bob and Mayme Robertson; and three brothers, Leroy Robertson, Neil (Mary Lou) Robertson, and Bob (Linda) Robertson; and two nephews, Neil and Dale Robertson. Also preceding her in death were her mother and father-in-law, Myrtle and Melvin Vader; brothers-in-law, Gene (Pat) Vader and Don (Pauline) Vader.

June will always be remembered for her unending love and generosity to her family. She will be dearly missed.

June's daughters, Cindy and Nancy, would like to extend a special thank you for the compassionate care she received from the staff at Our House and St. Croix Hospice.

A visitation will be held at Pederson-Volker Funeral Chapel, Chippewa Falls on Wednesday, November 16th, from 11 a.m. to 1 p.m., with a funeral service beginning at 1 p.m. Pastor Eddie Crise of Trinity United Methodist Church will be officiating. The interment will be in Forest Hill Cemetery, Chippewa Falls.

To order memorial trees or send flowers to the family in memory of June M. Vader, please visit our flower store.