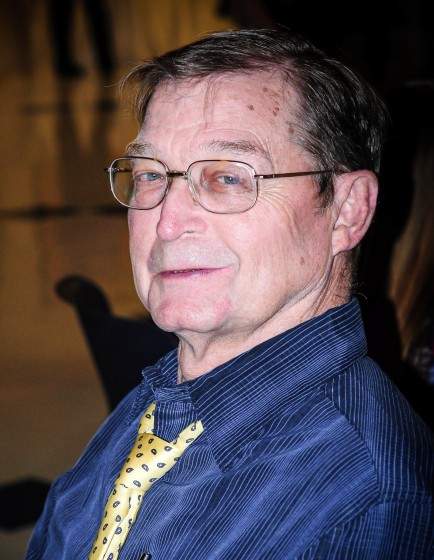 Kenneth W. Dunlap, 77, of Chippewa Falls, died peacefully on Monday, December 6, 2021, at Dove Healthcare - Wissota Health and Regional Vent Center, Chippewa Falls, with his friend Deb Laird and Pastor at his side.

Kenneth was born on May 21, 1944, in Cisco, TX, to Marion and Claudia (Boatright) Dunlap. He served his country with the US Army until his Honorable Discharge in 1965.

Ken loved his cat, Gizmo, enjoyed doing wood crafts, helping other people (regardless of the hour), and fishing. After Ken’s military time he was a long-haul trucker and worked in fiberglass, at one point owning his own fiberglass business making storage tanks and canoes. When his dear friend, Lou, was diagnosed with ALS, Ken moved to his home and helped to take care of him for the 8.5 years he had ALS. Ken helped to build the SPEC houses Lou built and was a large part in getting the support group for ALS started in Chippewa Falls, WI.

Kenneth is survived by his longtime friend, Deb Laird; longtime friend of 43 years, Joy and her children, Teresa (Moises) Martinez (his daughter by choice), Tony (Iva) Roach and Tina Roach; sisters, Pauline Adams and Frances McClure; brother, Jack (Jenny) Dunlap; and multiple step-grandchildren and several nieces and nephews; his wonderful friend, Bob Wing, and many other wonderful friends. He was so appreciative of his nurses and care providers at Dove Healthcare, Chippewa Falls, often mentioning how much he valued them. He greatly valued and cared for his many friends.

He was preceded in death by his parents; and brothers, John and Joe Dunlap; and is now re-united with his constant companion and much-loved Main-Coon cat, Gizmo.

The funeral service will be held at 2 p.m. on Friday, December 10, 2021, at Pederson-Volker Funeral Chapel, Chippewa Falls, with a visitation one hour prior to the service at the chapel. Pastor Mark Schwinn will be officiating. Military Honors will be conducted by the Chippewa Falls Patriotic Council. The interment will be in Hope Catholic Cemetery, Chippewa Falls.

To order memorial trees or send flowers to the family in memory of Kenneth Dunlap, please visit our flower store.