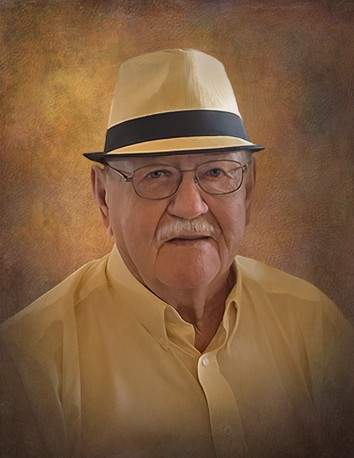 He was born on December 31, 1930, to Henry & Alice (Phillips) Monpas in Chippewa Falls. Kenneth served his country during the Korean war in the US Army until his discharge in 1953. On September 14, 1954 he married the love of his life, Donna J. Miller, at Sacred Heart Catholic Church in Jim Falls, WI.

Kenneth was a very hard worker from a very young age. After starting a family, he always worked two jobs to support his family. He worked many years at Jim Falls Dairy, and part time deliver mail to Minneapolis. After leaving the dairy, he was employed at Uniroyal in Eau Claire, until his retirement, while also running his excavating business part time. He also drove bus in the Chippewa School District on and off through the years.

Anyone that knew our mom and dad knew they enjoyed going out for dinner, dancing and singing, and they were always known to dress to the nines. Dad was an avid Packer fan (especially if they won)! He loved to be on the water, pontooning and fishing. He looked forward to hunting season with the guys up at the cabin, especially to give “his nephews” a hard time.

Kenneth will always be lovingly remembered as a hardworking father and husband who would do anything for his family, and for his “quick wit.” You could never get the best of him!

The Funeral Service will be at held at 1:00 p.m. on Thursday, March 5th, at Pederson-Volker Funeral Chapel, 44 E. Columbia St., Chippewa Falls with a visitation beginning at 10 a.m. at the chapel. Fr. Arul Doss will be officiating. Following the funeral service, Military Honors will be conducted by the Chippewa Falls Patriotic Council.

To order memorial trees or send flowers to the family in memory of Kenneth Monpas, please visit our flower store.