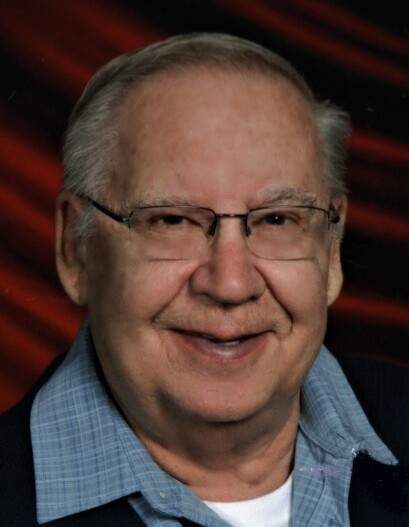 He was born June 5, 1942 in Chippewa Falls, WI, the son of Edgar and Winnifred (Gund) Roth. He was raised in the Town of Eagle Point where he attended Bartlett Grade School and graduated with the class of 1960 from Chippewa Falls Senior High School.

He received an Associate Degree in Electronics from Dunwoody Institute in 1962 and then worked at Boeing Aircraft in Seattle Washington. He was fortunate to attend the Seattle World’s Fair during his time in Seattle. Then in 1964, he was about to get drafted so he enlisted in the U.S. Air Force where he was an Electronics Instructor. He was honorably discharged in 1968 and returned to Chippewa Falls.

Lanny married Judy Liedl on May 2, 1970 and they resided in the Chippewa Falls area. He worked at WCFW FM radio from their beginning and then worked at WEAQ/WIAL Radio Stations in Eau Claire as a Broadcast Engineer. He began a career at University Wisconsin – Eau Claire in 1975 where he worked in the Housing Dept. in Minor Maintenance and later as an Electronic Technician where he mentored many work study students that he had hired. He retired from UWEC in May of 2000 and then began a second career as a mail room clerk at Sacred Heart Hospital in Eau Claire. He retired again in 2006 but continued monitoring two radio stations for WVCY in Tilden and Owen until 2018 and a TV station, WEUX Fox 48 in Colfax.

In 1993, Lanny received a kidney transplant from an unknown donor.  He was eternally grateful to the brave family that donated so selflessly this lifesaving organ to someone they didn’t even know.  It gave him many more happy years to spend with his beloved family.

In his spare time, Lanny enjoyed attending Flea Markets and Antique Engine Shows. He restored many antique gasoline engines and generators and built a beautiful greenhouse for Judy. In his younger years, he enjoyed cutting firewood.

He is survived by his loving wife of 50 years, Judy, son Dean (Hillarie) Roth and their daughters, Alyssa and Rebecca of Altoona, WI and son, Tom (Jennifer) and their son Jackson of Mount Pleasant, WI. his brother, Dave (Mary Lou) of Fruitport, Michigan and sister, Jane (Dave) Smith of Pepin, WI. his Brothers-in-law, Francis Liedl (Sherry) of Colfax, Marvin Liedl (Pat) of Chippewa Falls, Gary Liedl (Jan) of Chippewa Falls and Mark Liedl (Pam) of Altoona. And many nieces and nephews, and other relatives and friends. And his two cats Lucky and Bitsy.

He was preceded in death by his son, Paul in 2002, his parents Edgar and Winnifred Roth, his in-laws, Herman and Anna Liedl and many cousins and other relatives.

A funeral service will be held at 11 a.m., Monday, August 17 at Faith Lutheran Church, Chippewa Falls with the Rev. Ron Mueller officiating.  Interment with military honors by the Chippewa Falls Patriotic Council will follow at Forest Hill Cemetery, Chippewa Falls.

Visitation will be held from 2-5 p.m., Sunday, August 16 at Pederson-Volker Funeral Chapel, Chippewa Falls and one hour prior to the service Monday at the church.

Please respect social distancing guidelines and masks are mandatory at both the visitation and funeral service.  The funeral service will be live streamed & webcasted on the funeral home website at www.pedersonvolker.com/obituary/Lanny-Roth.

To order memorial trees or send flowers to the family in memory of Lanny Roth, please visit our flower store.