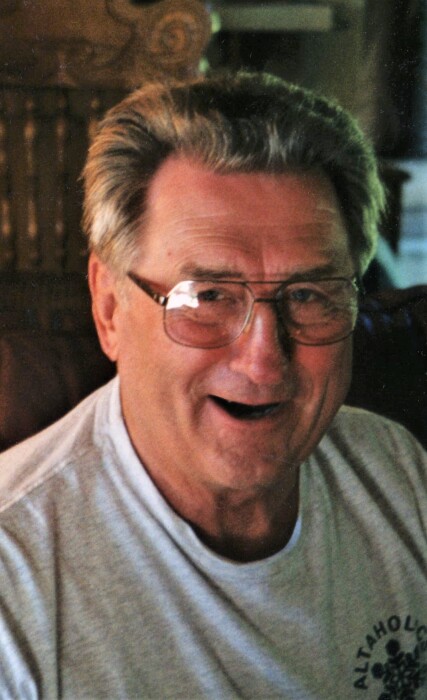 Larry was born in Eau Claire on August 21st, 1929 to Raymond and Jean Kuhlman.  He attended Eau Claire schools and graduated from the University of WI-Madison in 1951 with a degree in business.  Larry joined the Northwestern Mutual Life Insurance Company and served as a life insurance agent in Eau Claire, an Agency Department Officer in the Milwaukee home office and finally as a General Agent in St. Paul Agency until his retirement in 1987.

Larry married his beloved Ruth (Kromroy) in 1951.  They enjoyed many travel adventures together including a special trip to Ruth's Rekstad family valley in Norway.  After Larry's retirement, they built their retirement home at 'Kamp Kuhlman' on Calkins Lake and wintered in Tucson, Arizona.  Ruth preceded him in death in 2009.

In addition to his parents and wife Ruth, he was preceded in death by his brother Roger and an infant sister.

Larry loved Calkins Lake, where he made many memories with his cousins growing up and later with his children and grandchildren.  He pursued many passions in retirement including obtaining his pilot's license, climbing Mount Kilimanjaro, and learning to play jazz piano.  He was a devoted member of the AA community and made many life-long friends there.

A celebration of Larry's life will take place in later August at Calkins Lake.  It was his wish that memorials be directed to the National Arthritis Foundation in the hope that someday a cure will be found for the disease that caused so much suffering for Ruth and other family members.

The family would like to thank the staff and residents at Wissota Living who were so caring while Larry resided there the past several years.  We also appreciate the care he received at Cornell Health Services.

To order memorial trees or send flowers to the family in memory of Larry Kuhlman, please visit our flower store.