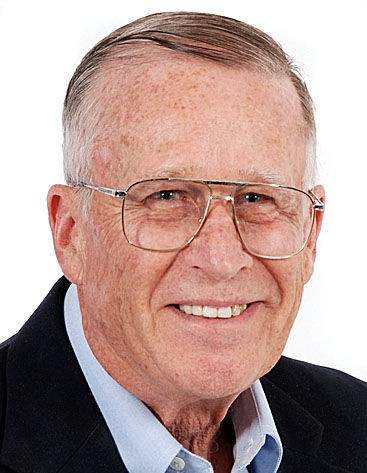 Lawrence “Larry” Willkom, age 77, of Chippewa Falls, town of Lafayette, passed away peacefully on Wednesday, February 20, 2019 from complications due to pneumonia.

Larry was born on October 22, 1941 in Boyd, WI, to Oswald and Leone (Janssen) Willkom. Larry graduated from McDonell High School in 1959. He received his Bachelor’s Degree in Social Work from UW-Eau Claire. It was during this time that he met Bonnie (Staves) Willkom. They were married on June 11, 1966. Larry worked for Human Services of Chippewa County before moving to Colorado where he received his Master’s Degree in Social Work from Denver University. It was also in Denver where they met lifelong friends, affectionately known as the “DU Crew”. Upon graduation, Larry and Bonnie moved to Chippewa Falls where they raised their family. Larry worked for the State of Wisconsin Department of Health and Human Services until his retirement in 1998.

Larry enjoyed morning coffee at McDonalds with his buddies, watching sports,  going out for dinner, a good piece of banana cream pie, taking the back roads, finding a good deal on a car with his cousin, Curt, and attending church.  Larry was able to check several items off his bucket list in the last few years including attending the Kentucky Derby, going to Notre Dame for a football game and traveling to Italy with his grandsons and daughter. His family and friends meant everything to him.

Larry had a way of making everyone feel valued, important and loved. He saw the gifts that make each of us special and the beauty in the simple pleasures of life. He was always ready with a handshake, a hug and a beaming smile. We will hold him close in our hearts.

He was preceded in death by his parents, Oswald and Leone, and his wife, Bonnie.

A visitation will be from 4 to 7 p.m. on Thursday, March 7, 2019 at Pederson-Volker Funeral Chapel, 44 E. Columbia Street, Chippewa Falls, with a public prayer vigil beginning at 6:30.

The funeral mass will be at 11 a.m. on Friday, March 8, 2019 at Holy Ghost Catholic Church, 412 S. Main Street, Chippewa Falls, with a visitation one hour prior to the mass at church. Fr. Justin Kizewski will be officiating. Interment will be at a later date in St. Joseph’s cemetery, town of Delmar, Chippewa County WI.

In lieu of flowers, memorials are preferred to The Bryon Riesch Paralysis Foundation (brpf.org) or Feed My People Food Bank.

To order memorial trees or send flowers to the family in memory of Lawrence Willkom, please visit our flower store.