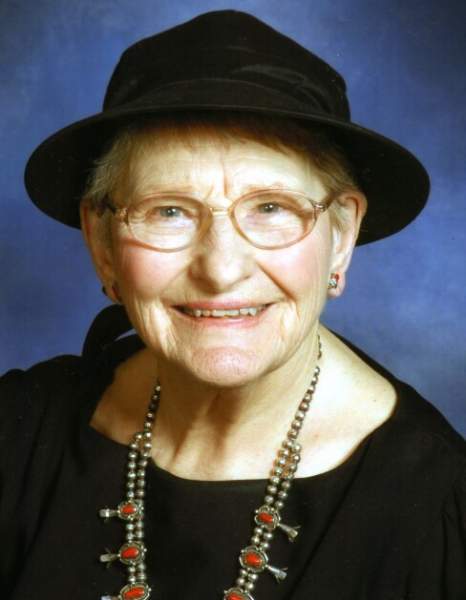 Leatrice (Lea) Joy Dirks, 96, passed away peacefully in her little apartment, surrounded by loved ones, on Tuesday, November 24. She was born November 08, 1924, in Melrose, WI to Raymond and Mina Sonenberg. She had one younger sister, Lois.

Lea graduated from Melrose High School in 1942. Throughout the years, she attended many class reunions and stayed in contact with her classmates. Lea was a girl scout and through the organization was given a penpal, Rita, from Holland, Amsterdam. The two girls became lifelong friends.

After high school, Lea moved to Minneapolis, where she lived with her Aunt Lillian (Jack) Lundeen and worked at Sears & Roebuck. Here she patiently awaited the love of her life, Robert's (Bob) safe arrival home from service overseas in WWII so they could be wed. Ten days after Bob was discharged, on January 19, 1946, in Weyauwega, WI. they were married by the Rev. E. O. Dirks.

In 1948, after a brief stint owning an ice cream parlor in Minneapolis, Lea and Bob purchased the Coast to Coast Hardware Store with partners Jack and Lil in Albia, Iowa. Two years later, in 1950, they moved their hardware store to Chippewa Falls, WI.  It was here that they became friends with countless people in the community. Those who remembered the Coast to Coast Store loved to share memories about the friendly customer service Lea and Bob gave to everyone that passed through their doors.

Lea and Bob raised their two daughters, Linda and Donna in their cottage home on Little Lake Wissota. Their home on the lake would eventually become somewhat of a legend by those who had the opportunity to visit. Their home's legendary status was due, in great part, to the hospitality that Lea showed to anyone that happened to stop by. Whether a repairman or a friend of her grandchildren, Lea was always ready to offer her guests something to drink or one of her famous chocolate chip cookies. If you happened to stop by in the summer, you would likely find Lea busily working around the house in her bathing suit. She spent hours in the Lake enjoying the recreation it provided. Lea taught all her grandchildren how to swim and they made countless memories splashing in the water.

Lea loved to host her homemaker group, card club, and dinner parties. No greater time could be had then when she got together with her "Fruitcake Club," an endearing name given to a group of Lea and Bob's close friends.

Bob and Lea sold the Coast to Coast Store in 1986 and officially entered into retirement. During their marriage, they visited Jerusalem, Israel, Amsterdam, Jamaica, Canada, and 48 of the 50 United States. Lea and Bob loved to take bus tours. Lea was always the social butterfly and Bob would make lasting friendships with the drivers. Eventually, Lea would grow to love "Mystery Tours." Not knowing where the road would take you, Lea would say, "You don't know where you're gonna go, but you know it's gonna be a good time."

Lea was an active member of the local YMCA. She made lasting friendships and enjoyed the camaraderie in her water aerobics class. Lea was notorious for teaching people how to exercise in the water with only a set of empty milk jugs. The Y became her home away from home and when Bob began to suffer from dementia, the Y provided Lea with a place for self-care. After Lea's stroke, when getting in and out of the pool became too difficult, she would still spend time walking the track and greeting everyone she met along the way. When she could no longer drive, Lea considered herself a "hitch-hiker" and would charm anyone into giving her a ride to the Y or to Curves, where she exercised and socialized, both of which equally brought her joy.

Lea was a faithful letter writer. She was steadfast in sending out birthday cards and "happy mail," as she liked to call it. It was always a treat to receive a piece of mail from Lea. She loved to include notes, clippings, and little treasures for her recipients to enjoy. Lea and her penpal, Rita, corresponded until Rita's passing and then Lea continued writing to Rita's husband and daughter.

Lea and Bob were active members of the First Presbyterian Church. As a church deacon, Lea sent out many sympathy and get-well cards to fellow parishioners. She loved serving coffee for fellowship after worship service. She taught Sunday school, served funerals and Optimist Club breakfast, worked rummage sales and Christmas bazaars. Her unwavering faith in the Lord shown through in her service.

She was preceded in death by her loving husband Bob, her parents, and sister.

All who loved her dearly will never forget her wit, charm, tenacity, and ceaseless love of family. She loved spending time with her family and friends and regularly referred to these moments and memories as "dream days." Whenever anything would work in her favor she was quick to give thanks where it was due by saying, "It's a miracle, Lord!"

Lea loved to reminisce and one thing that will be dearly missed is listening to her tell a story. Her stories were true accounts of her life and as you listened you realized you were in the presence of a truly remarkable woman. Lea's memory will live on in all who love her by continuing to share her positive outlook and love for life. Go out of your way to smile at strangers and show kindness towards your fellow man.

A funeral service will be held at 2 p.m., Wednesday, May 26 at First Presbyterian Church, Chippewa Falls with Rev. Barry Boyer officiating.  Interment will be at Forest Hill Cemetery, Chippewa Falls.

Visitation will begin at 12:30 p.m. Wednesday at church.

Memorials may be made to the Community Foundation of Chippewa County, Bob and Lea Dirks Coast to Coast Hardware Store Endowment Fund, or the First Presbyterian Church.

To order memorial trees or send flowers to the family in memory of Leatrice Dirks, please visit our flower store.