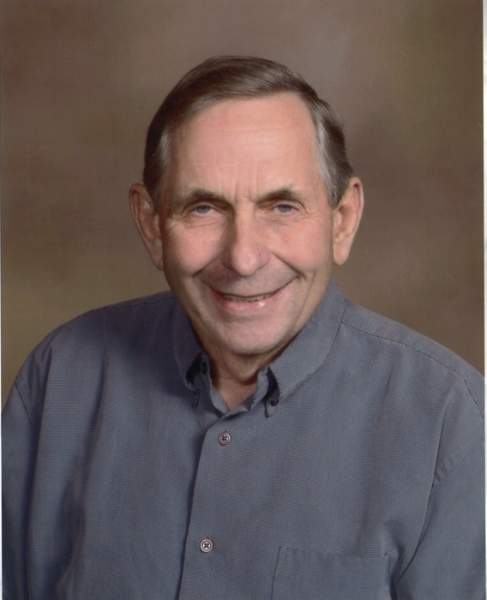 Lee was born on April 12, 1951, in Chippewa Falls to Earl & Lois (Siddons) McIlquham. He attended Eagle Elementary School and Graduated from Chippewa Falls High School with the class of 1969. Lee served his country with the US Navy until his Honorable Discharge in 1975. He was united in marriage to Jean Sarauer at Zion United Methodist Church in Chippewa Falls on October 16, 1976.

Lee and Jean owned and operated the McIlquham family farm in the town of Anson. Other work endeavors included Supervisor on Chippewa County Board for 14 years, operating Dairy Services of Jim Falls, and occasionally driving truck for sand and agriculture products.

His free time was spent as a member of the Anson United Methodist church, since infancy. He enjoyed all types of hunting, fishing, traveling, and spending time with extended family. The majority of this family time was spent at “the river” enjoying picnics, telling stories and sharing his boisterous laughter.

At social events he could be the life of the party or a listening ear. He was always quick to lend a helping hand to anyone in need. He was a natural born leader and mentor that could motivate people to be their best. He enjoyed a good challenge and took pride in overcoming whatever it presented. It is likely that he inspired many of the Moose Country “You’re one of us” one-liners.

A true joy of his was the five grandchildren that frequented his and Jean’s home multiple times a week. They took them camping and other special trips, but his specialty was rough housing in the living room, introducing them to “bitin’ spiders”, and being a “monster” chasing them anywhere they would lead, much like he did with his own children when they were little.

Lee and Jean spent their years enjoying frequent road trips, seeing the sights, just to see what they could see. Back roads or dirt trails seemed to intrigue Lee the most. Their most memorable trip was their first adventure to California when their kids were young.

Lee is survived by his wife of 44 years, Jean; father, Earl; children, Lisa (Nathan) Forster, of Menomonie, Russel (Mary) McIlquham of Chippewa Falls and Denise (Seth) Eder, of Chippewa Falls; grandchildren, Bennett & Lucy McIlquham and Bianca, Mac & Violet Eder; siblings, Glen (Pam) McIlquham, Ann (Dan) Crogg & Brent (Shirley) McIlquham; numerous nieces and nephews, along with other relatives and many friends. All of whom miss him dearly and carry his spirit on.

He was preceded in death by his mother, Lois McIlquham.

A Public visitation will be from 4 to 8 p.m. on Monday, April 12, 2021 at Pederson-Volker Funeral Chapel, 44 E. Columbia Street, Chippewa Falls.

A Private service will be held at Anson United Methodist Church, with Pastor Paul Messmer officiating. The interment will be in Copp Cemetery, Town of Anson, Chippewa County, with Military Honors Conducted by the Chippewa Falls Patriotic Council.

To order memorial trees or send flowers to the family in memory of Lee McIlquham, please visit our flower store.