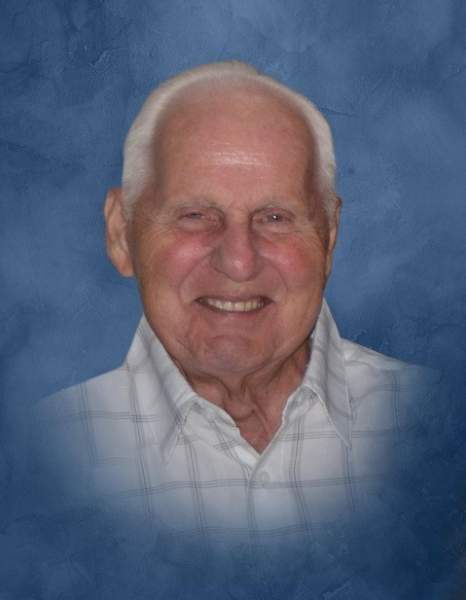 On July 11, 1953, he married Janet R. Doberstein in Stetsonville.  In his early adult life he managed the family farm in Stetsonville, as well as farms in Janesville, and Marshfield.  When he became a supervisor at Freeport Silo Company they moved to Lake Wissota where they resided for 43 years.  Leonard later worked for Petrolane and Cenex Gas companies as a repairman until he transitioned to Hubbard Scientific Inc. where he worked as a craftsman for educational supplies until his retirement.

When Leonard wasn’t busy on the farm he was often seen on the stage of local dance halls playing the drums in a polka band. He also enjoyed throwing strikes with his bowling league. Len utilized his talent for construction and helped build their home on Lake Wissota.  He was also instrumental in the building of Christ Lutheran Church, Chippewa Falls where he was also an elder. His garage was his haven and he could often be found tinkering in the garage and working on his many woodworking projects.

A funeral service will be held at 11 a.m., Wednesday, July 29 at Faith Lutheran Church, Chippewa Falls with Rev. Dan Wonderly officiating. Interment will be at Prairie View Cemetery in the Village of Lake Hallie. Due to the current COVID-19 situation, social distancing and face coverings are requested and appreciated by the family.

Visitation will be one hour prior to the service at church on Wednesday.

To order memorial trees or send flowers to the family in memory of Leonard Langteau, please visit our flower store.