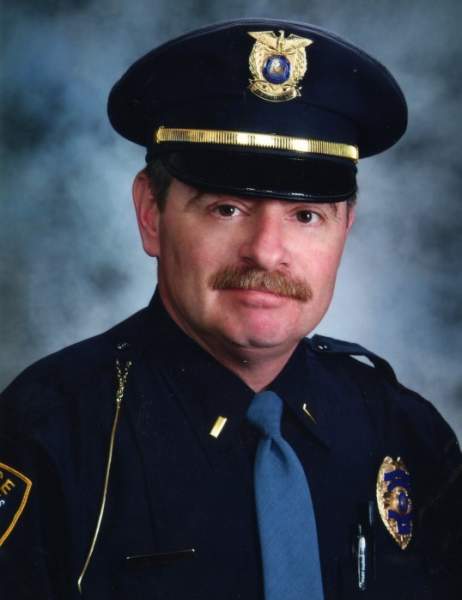 Lieutenant Michael D. Farley, CFPD, Ret., age 61, of Chippewa Falls, slipped quietly away from his loved ones and was welcomed into his eternal home on Saturday, February 15, 2020.  Always a believer in the redeeming grace of Jesus, he sought and was given a closer, more intimate relationship with his Creator after getting diagnosed with cancer last July.  While he prayed for healing, he trusted his Heavenly Father saying, “I’m in His hands.”  He never complained or asked why.  He found peace and comfort in scripture promises such as Matthew 28:20. While he hoped for more time to take care of his wife and precious daughters, he said he was not afraid to die.  When his wife cried knowing his death would mean losing each other, he comforted her with these words, “But in Jesus we gain everything, so we will be together again someday.”

Mike was born October 2, 1958 in Chippewa Falls to Marlene (Lambert) and Jerome Farley.  He graduated from Memorial High School in Eau Claire in 1977.

Mike was always at peace in the outdoors, whether hiking, fishing or hunting…especially in his beloved Bighorn Mountains of Wyoming or his favorite National Park, Yellowstone.  He and Denise went on many fishing trips. Denise liked to fly fish, and Mike would say “she likes to fish, I like to catch.”  So he used lures and that way, he would happily tell everyone, he was able to get both of their limits.

His daughters, Michelle and Bridget will remember the subtle ways their dad let them know he loved them.  It may have been a reminder to “get an oil change” or “be sure to get your taxes done,” but they knew it was his way of saying “I love you.”  He taught them that believing in justice and that doing the right thing actually does matter, along with many other life lessons they will never forget.

A memorial service celebrating his life will be at 11 a.m., Saturday, February 22 at Jacob’s Well, 3211 N. 50th Ave., Chippewa Falls, with the Rev. Paul Berthiaume officiating.

Visitation will be held one hour prior to the service Saturday at the church.  During the visitation, law enforcement members of the Chippewa Falls Police Dept. will provide an Honor Guard.

To order memorial trees or send flowers to the family in memory of Lieutenant Michael Farley, CFPD, Ret., please visit our flower store.