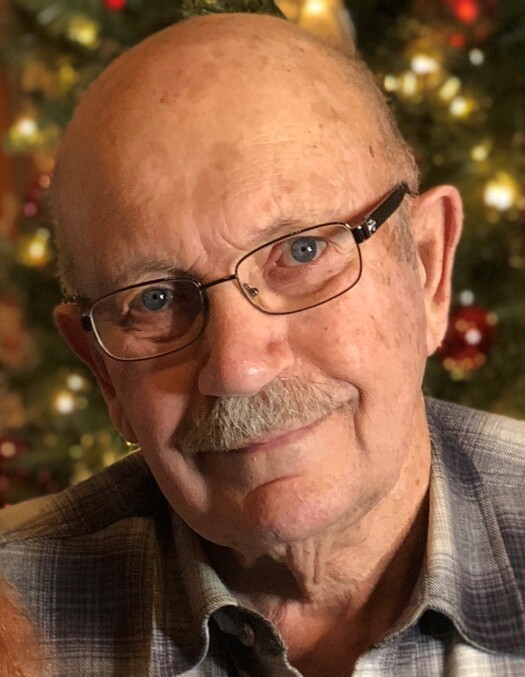 He was born September 12, 1929, the fourth son of Joyce (Kelly) and Gustave Adolf Brunstad. Loyd grew up on the Family Farm and graduated from Chippewa Falls High School in 1948. He attended River Falls College, then the UW of Madison Ag Short Course.

On August 23, 1952, he married Fern I. Gessner at Zion Lutheran Church in Chippewa Falls, they continued to live at the Family Farm until his death.

Loyd bottled and delivered milk on a daily route until 1969, then continued farming full time with his brother, Glen, then later with his nephew, Larry. He was active with farm organizations until retiring from farming.

He was a member of the Lions, Moose, and the Masons. He was also a lifetime member of Trinity United Methodist Church.

Loyd and Fern were active in square dancing and ballroom dancing for many years. They met many lifelong friends through dancing then card playing.  They spent many weekends at the Brunstad Cottage on Pine Lake, that Loyd was involved in building in the late 1940’s.

In retirement he enjoyed delivering Meals on Wheels through the Jim Falls Lions. They did a lot of traveling in the US and abroad, and vacationed in Florida. He was an adamant fan of the Badgers, Brewers and Packers. They enjoyed gardening and canning, tomato juice, sauerkraut and pickles were their specialty.

He was preceded in death by his parents; three brothers, Glen, Dean and Robert; daughters, Tammy Pickerign and Laura King; and his son, John Brunstad.

A funeral service will be held at 2 p.m., Friday, October 15 at Trinity United Methodist Church, Chippewa Falls with Rev. Eddie Crise officiating. Visitation will begin at 12:30 p.m. at the church.

In lieu of flowers, memorials are preferred to Trinity United Methodist Church.

To order memorial trees or send flowers to the family in memory of Loyd Brunstad, please visit our flower store.