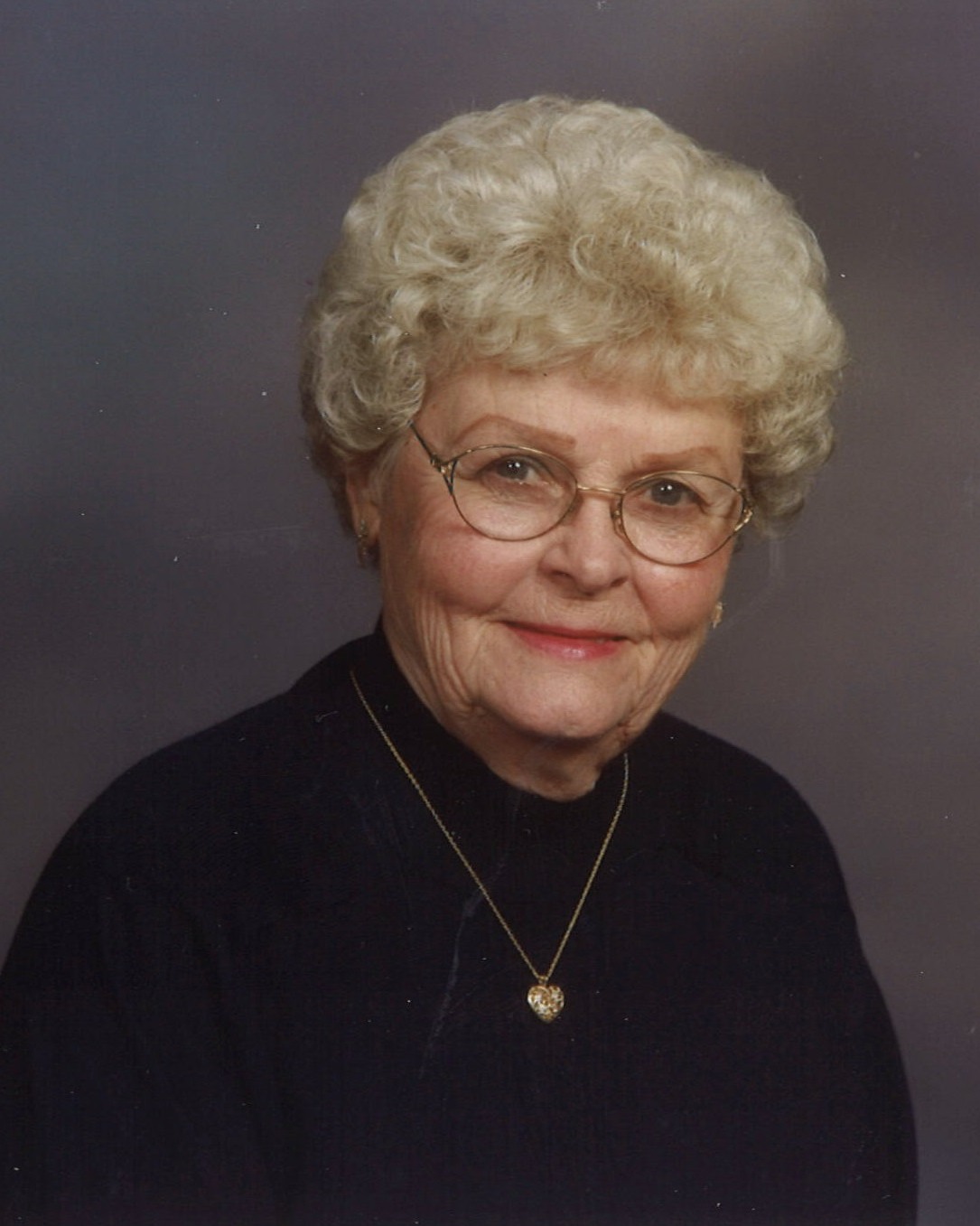 One of the “Greatest Generation” Margaret Marie Jeffers, age 100, passed away Saturday, January 21, 2023, at American Lutheran Home in Mondovi.

Margaret “Marge” was proud to be a first generation American.  She was born on March 12, 1922, in the town of Wheaton, Wisconsin, the daughter of Norwegian immigrants, Martin and Mary (Lund) Peterson.  She lived in Chippewa Falls all her life.  Marge graduated from Chippewa Falls High School in 1940 and married Gerald H. “Jeff” Jeffers on August 31, 1940 at the United Methodist Church in Chippewa Falls.

Marge was a lifetime member of Central Lutheran Church where she was baptized and confirmed.  She taught Sunday School and Bible School for 17 years in the 40’s and 50’s and served on various church committees including the church council and three call committees. Marge was a Past President of the Central Lutheran Church Women and a member of the Deborah Circle.  She also served as a lay reader many times and worked with the church quilters making many quilts for world relief and the needy.

Marge worked at the Eau Claire Ordinance Plant during WWII.  During that time of the war, she served with the Chippewa County Chapter of the American Red Cross National Volunteer Nurses Aide Corps volunteering over 1500 hours at St. Joseph’s Hospital.  She was a captain for the Chippewa County Blood Bank during all of its existence.

Marge was the first lady of Chippewa Falls from 1973-1977 when her husband was the mayor.  She was a stay-at-home mom until her son entered 7th grade, then was employed at 1st National Bank for 15 years, retiring in 1977.  She was poll worker for many years during elections.  Marge was a 62 year + member of Chippewa Chapter #112 Order of the Eastern Star and past Matron of the chapter.  She held the office of Grand Marshall of the Grand Chapter, Order of the Easter Star of Wisconsin, and a member of the Clara Barker Past Matrons Club.

Marge traveled extensively, having made trips to all of the states with the exception of Alaska, and to most of the Canadian provinces, Mexico, Nova Scotia, and the Bahamas. She and Jeff spent many winters in the Rio Grande Valley in Texas.

She had a great love for her home and family, spending hours in her garden caring for her flowers and the raspberry patch that her husband planted.  Marge kept scrapbooks which contained articles about local happenings and people she knew that appeared in the newspapers.  She loved to read and was very interested in national and local politics.  She was an excellent seamstress.  During her younger years, she made all of her clothes.  Each of her grandchildren received quilts she had made.  Marge also loved to do counted cross stitch having made wedding and birth samplers for each of her grandchildren and great-grandchildren. She made a counted cross stitch of the “Last Supper” at age 98.

At age 95, she wrote her “memoirs” and kept a daily journal of her activities.  At 3 p.m. each day, Marge and her friend, Ray Helgerson, played cribbage. Over the years, they played over 19,000 games.  She loved to play cards and was a member of several card clubs.  Marge also played golf with the Thursday morning Ojibwa Golf ladies for many years.

She was preceded in death by her parents; her husband on July 8, 1989; brothers, Palmer, Emil, and Melvin Balke; and a sister, Ethel Padrutt.

Visitation will be one hour prior to the service at church.

To order memorial trees or send flowers to the family in memory of Margaret Jeffers, please visit our flower store.