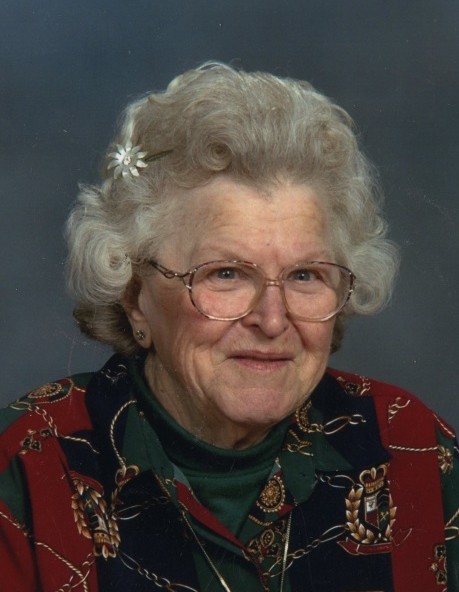 Margie was born August 17, 1925 in Eau Claire to Orrin and Mae (Hagen) Olson. She lived in Eau Claire until the age of 12 when she moved in with her Grandma and Grandpa Hagen. She attended Chippewa Falls schools and was then employed by Chippewa Shoe.

On January 25, 1946 she married Bernard Metzenbauer at the Methodist parsonage in Chippewa Falls. They resided in Chippewa Falls and then the Town of Anson since 1952. Margie worked at the Northern Center in the food service department from 1968 until September 7, 1988 when she retired.

Margie was a longtime member of Chippewa Valley Bible Church and participated in Bible Studies and other sponsored events of the Church along with calling members on their birthdays and anniversaries. She was also a longtime supporter of The Chippewa Falls Senior Center. She especially enjoyed participating in the Music Makers from there who went to nursing homes and other assisted living residents to entertain them weekly.

Visitation will be from 1:00 p.m. until the time of the service at the church.

To order memorial trees or send flowers to the family in memory of Margie Metzenbauer, please visit our flower store.