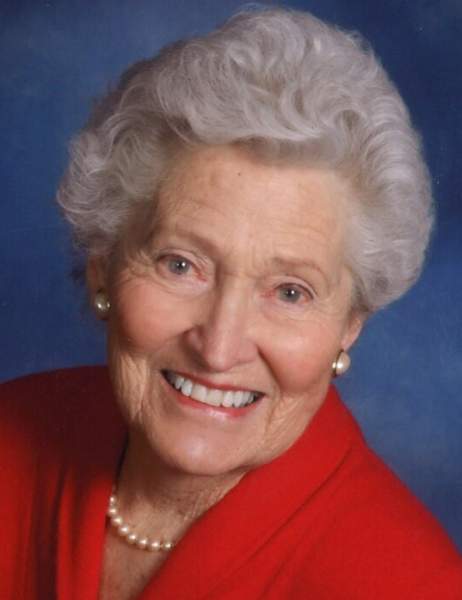 She was born March 10, 1928, in Waterloo, Iowa to Trace and Lucille (Whittle) Glasener.

Jinx earned her master's degree from Iowa University at Ames. She taught home economics at the college.  After 3 years she taught vocational schools, where she personally designed the courses that she taught.

Jinx loved to entertain and stay active. She enjoyed playing golf and bridge and competed in Nastar downhill ski races until she was 80.  She was a stylish lady, down to earth and very caring.  She was active at the Heyde Center, assisted with many plays at the Heyde Center, was an unbelievable seamstress, and even had her own clothing line “Fashioned by Jinx”. She was an amazing mother, grandmother, and great grandmother who loved beyond measure.

Doug preceded her in death in 1995.  She continued to remain active in her church and community, serving as an elder for First Presbyterian Church in Chippewa Falls, active in the Presbyterian Women’s Club, and managed the church endowment fund. She was also a member of the P.E.O Sisterhood Chapter AB, and active in the Elks Club.

On January 15, 2005, she married Steve Playter at the Presbyterian Church in Chippewa Falls.

A memorial service will be held at 2:30 p.m., Monday, May 9 at First Presbyterian Church, Chippewa Falls with Rev. Barry Boyer officiating.  Interment will follow at Forest Hill Cemetery, Chippewa Falls.

Visitation with refreshments, will begin at 1:30 p.m. Monday at the church.

Memorials are preferred to the Heyde Center for the Arts, First Presbyterian Church, or Irvine Park.

To order memorial trees or send flowers to the family in memory of Marilyn "Jinx" Smith (Playter), please visit our flower store.