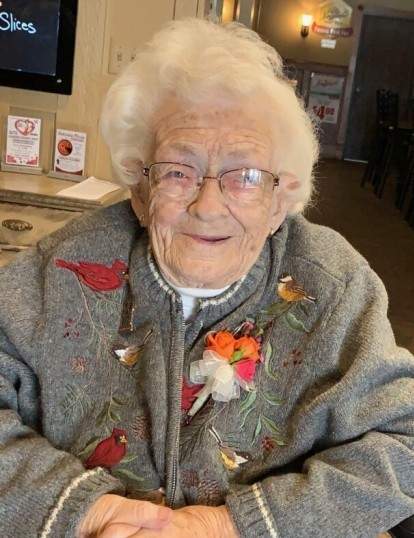 She was born January 30, 1930 in Chippewa Falls to Jenny (Gilbertson) and Gilbert Lower.  Marge graduated from Chippewa Falls High School, class of 1948.  Following high school, she went on to Cosmetology and Beauty School.

On October 10, 1963, Marge married Fred Roycraft.  Together they gave young Roger a brother, Richard.  The family resided in Chippewa Falls where Marge raised their children and made their home.

She was preceded in death by her parents; her first husband, John R. Johnson; and siblings, Betty, Ruth, Bev and Jack.

Visitation will be held from 9:30 a.m. until the time of service at 11 a.m. Thursday at the church.

To order memorial trees or send flowers to the family in memory of Marjorie Roycraft, please visit our flower store.