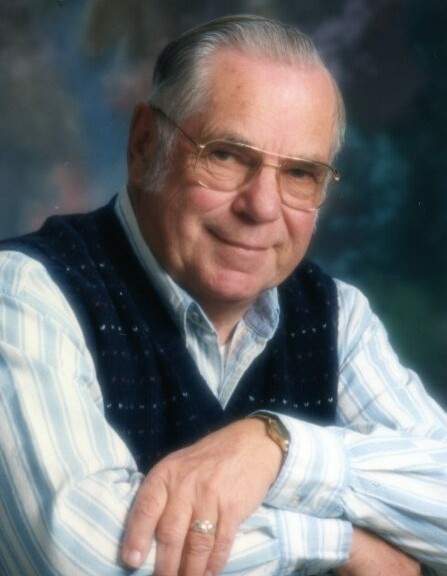 Marvin H. Schroeder, 85, of Bloomer, died peacefully at his home under the care of Mayo Home Health & Hospice on Thursday, September 24, 2020.

He moved to Cornell, Wisconsin in 1942.  He went to grade school and high school in Cornell, graduating from Cornell High School, class of 1955.

Marv enlisted in the U.S. Army in 1957 and served until his honorable discharge in 1959, with the rank of E.S.

On May 2, 1959 he married Shirley Geissler at St. John’s Lutheran Church in Cornell.

In April 1968, he went to work for the Chippewa County Traffic Dept. until 1980 when the Traffic Dept. merged with the Sheriff’s Dept to become Chippewa County Sheriff’s Dept.  He worked there until 1992, retiring as Undersheriff.  He was involved in many activities such as the Church Board at Faith Lutheran Church in Chippewa Falls; the Board of Directors for Wisconsin County Police Association, Highway Safety Member; and the Tilden Town Board.   He was also a member of the UCT, and the Deputy Sheriff Association.

Marv enjoyed time up north, where he enjoyed hunting, fishing and snowmobiling.

Marvin is survived by his wife, Shirley; daughters, Cindy Schroeder and Roxie (Jeff) Micheels; two grandchildren, Dominic and Addyson; sister, Shirley Lee; along with many nieces, nephews and other relatives.

He was preceded in death by his parents; in-laws, Harvey and Florence Geissler; brother-in-law, Dennis Lee; and sister-in-law, Sharon Geissler.

A memorial service will be held at 12 noon on Wednesday, September 30, 2020, at Faith Lutheran Church, 733 Woodward Ave., Chippewa Falls, with Rev. Daniel Wonderly officiating. The visitation will begin at 10 a.m. until the time of the service at church, with a Chippewa County Sheriff’s Department walkthrough at 11:45. Interment will be at the Bloomer City Cemetery, with Military Honors conducted by the Chippewa Falls Patriotic Council.

With respect of our current situation, masks are required.

To order memorial trees or send flowers to the family in memory of Marvin Schroeder, please visit our flower store.