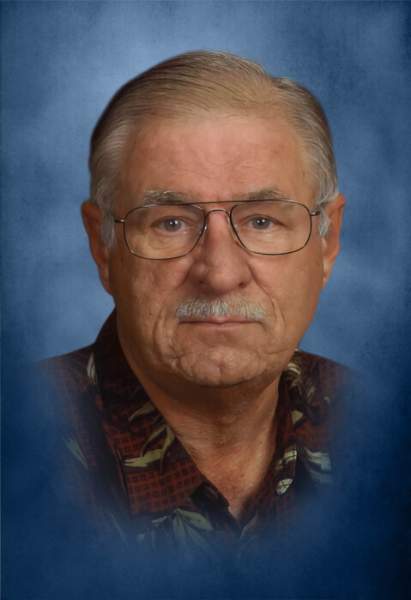 Memorial service will be held 11:30 am Saturday, June 12 at the Pinehurst Lutheran Church, 3304 Fern Ct, Eau Claire, with visitation at the church from 9:30am – 11:30am. Burial will be in the Cornell Cemetery with Military Honors.

Marvin was born on September 30, 1943 to Wilbur Emerson and Rosa (Peters) Brown and raised just north in the village of Colburn along the Yellow River. He attended elementary school at Sunnyview in Colburn and was confirmed at St. John’s Lutheran church in Taylor County. Marv graduated from Stanley High School on May 25, 1961.

After graduation Marvin was accepted into college where he attended U.W.S.P and chose to enlist into the United States Air Force serving from May 1964 to May 1970. He was part of the Operations Corp serving in Vietnam, was promoted to AFC and honorably discharged.

Once back from the military, Marv attended U.W.E.C and graduated with a Bachelor of Science degree in 1971.

On February 21, 1975 Marvin married Kathleen Zaruba and together had a daughter, Maree Brown in 1973 and a son, Jeramey Paul Brown in 1975. Marvin and his family lived in Milwaukee while he worked with the state of WI and moved to Lake Hallie in 1978. Marvin continued his work with the department of Revenue as an Assessment Specialist for 28 years and retired on February 8, 2001.

He married Jeanette R. Webster-Paulson later in life on June 13, 1992, they enjoyed life with each other until she passed away on April 19, 2015. Marvin took care of Jeanette until the very end.

Marvin was a crafty wood worker, southpaw golfer & bowler, avid fisherman and hunter throughout his life. Later in life he enjoyed DJ team Trivia with friends and time at the Senior Center. In his early years he played high school basketball, was a pool shark and played on the Cornell Merchants softball team. Most people called him “Marvelous”. On many occasions he and Jan traveled out west visiting friends, family, national parks and other wonderous treasures. Marvin’s family was important to him and he was devoted to his children, wife and especially his grandson Harrison! He will be missed by many.

Marvin is survived by his children, Maree A. Brown and Jeramey P. Brown both of Chippewa Falls; grandson, Harrison Brown of Chippewa Falls; sisters, Carolyn Lis of Stanley and Alice Sime of Colburn; brother, Larry Brown of Lake Wissota;  step-children, Sherrie (Steve) Miles of Eau Claire, Sandra Paulson of Bloomer, Dean Paulson of Texas and Dennis Paulson of New Auburn; numerous step-grandchildren and too many to mention, step-great-grandchildren.

In lieu of flowers, memorials are preferred to the family that will later be donated to one of Marvin’s favorite charities.

To order memorial trees or send flowers to the family in memory of Marvin "Marv" Brown, please visit our flower store.