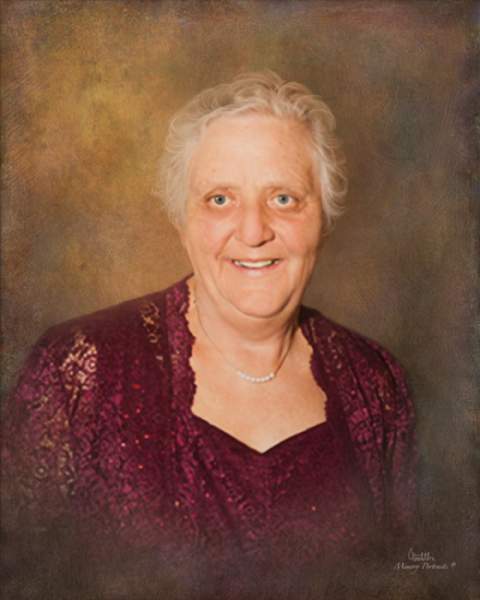 Mary H. Popple lost her courageous battle with nonalcoholic cirrhosis of the liver on May 13, 2022. She was born August 18, 1945, to Edgar and Gertrude (Prigge) Koeser.

On Christmas Eve when she was 15 years old, she went on an ice skating date with Robert Popple. Shortly after she turned 18, they were married and would have celebrated 59 years of marriage this year. Robert was in the army and that is when they had their first child, Tresa. After Robert’s service was over, that they moved to the Sheboygan area where they had their second child, Daniel. Together Robert and Mary operated a large game farm. They raised a wide variety of game birds, waterfowl, otters, deer and much more. Mary did most of the traveling around the country to many different sales where she met and made wonderful friends. After Robert retired, they moved to their current residence living on the Popple homestead on Popple Lake, Chippewa Falls, Wisconsin.

When Mary wasn’t bottle feeding baby deer or caring for the many boxes of baby birds they raised, she loved to travel and quilt. She especially loved to take her children and grandchildren on trips. Her favorite place to travel was Yellowstone, having been there numerous times. When moving to the Chippewa Falls area, she met her friend, Bessie. Together they traveled and quilted together. Mary had many talents that included sewing wedding dresses, bridesmaid dresses, quilting, plumbing, electrical work and mechanic work. She loved to help people and teach them her fine craft of quilting. Many times during quilting events, she never got anything done herself because she spent the whole time helping other people.

She was predeceased by her parents; her brother, Glenn; her sister, Elaine; brother-in-law and sister-in-law, Herman and Dorothy Mayer; and brother-in-law, Kelly Popple.

The funeral service will be at 12 noon on Thursday, May 19, 2022, at Good Shepherd Lutheran Church, 1504 Vine Street, Bloomer, with a visitation beginning at 10 a.m. at the church. Rev. Robert Otto will be officiating.

In lieu of flowers, memorials are preferred to the family which will be donated to a charity dear to Mary’s heart.

To order memorial trees or send flowers to the family in memory of Mary Popple, please visit our flower store.