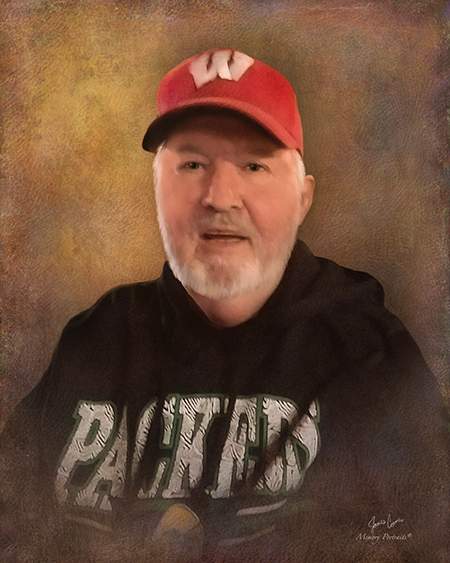 Maynard was born to Martin Sr. and Caryl (Smith) Bergeron on September 13, 1942. He graduated from Chippewa Falls Senior High School in 1960. He proudly served his country with the U.S. Navy from 1960 until his Honorable Discharge in 1964. He completed CVTC’s Industrial Draftsman Course in 1969. Maynard and his wife, Patricia Stenberg, were married Sept 22, 1984. He was a devout catholic and an active member at both Holy Ghost Catholic Church in CF and St. Peter’s in Winter, WI.

Maynard worked for over 30 years driving for Gateco Liquor after starting his career at a machine shop. He also spent many of those years umpiring for the CRBL & softball leagues/tournaments. Maynard lived much of his life in Jim Falls, WI. He was proud to be part of this small town and supported the Town of Anson community as a volunteer fire fighter. Maynard loved his family very much and enjoyed the companionship of his 4-wheeling buddies Martina, Marley, and Mia along with the many other canines that captivated his heart throughout his lifetime. He truly appreciated the outdoors and especially liked camping, hunting, fishing and 4-wheeling. Maynard also loved his Packers, Brewers, and Badgers and was very particular about his Brandy Old Fashioned Sweet.

He was preceded in death by his parents; brothers, Roger, Paul, and Lucky Bergeron; and granddaughter, Briella.

The visitation will be held on Tuesday, March 12, 2019 from 4 to 7 p.m. at Pederson-Volker Funeral Chapel, 44 E. Columbia Street, Chippewa Falls.

To order memorial trees or send flowers to the family in memory of Maynard Bergeron, please visit our flower store.