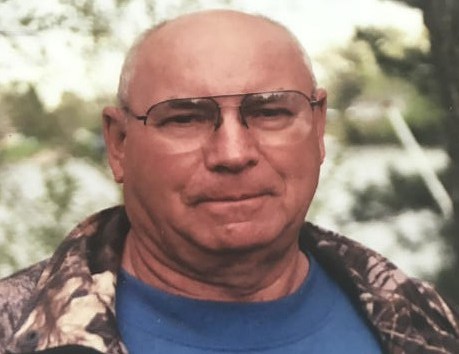 Melvin was born to Leon and Minnie (Blank) Popple in Chippewa Falls on April 17, 1935. He grew up on the East Hill and attended First Ward Elementary School and the ’old’ Junior High and Chippewa Falls Senior High Schools. After graduation, he enlisted in the United States Army where he was stationed in Hawaii following the end of the Korean War.

After his military service, Melvin became a firefighter for the Chippewa Falls Fire Department to which he dedicated his professional career. He was married to Patricia Ehlers, but later divorced and returned to his roots on Popple Lake. This became his haven where he could be free to walk the woods, feed the deer, sit on the shores of the lake, and raise a series of his beloved black and chocolate Labrador Retrievers.

Melvin spent his last two years living with his nephew, Roger (Sheila) Thompson.  It was there that Melvin discovered a new existence. He found joy in being surrounded by children and experiencing numerous family activities. He lived there with his loyal companion Callie until the end of his life.

Melvin was preceded in death by his parents; his sister and brother-in-law, Luaine and Ed Thompson; two nephews, John and William “Bill” Thompson; and Great-niece, Cassandra Thompson.

A celebration of life will be held at a later date.

To order memorial trees or send flowers to the family in memory of Melvin Popple, please visit our flower store.