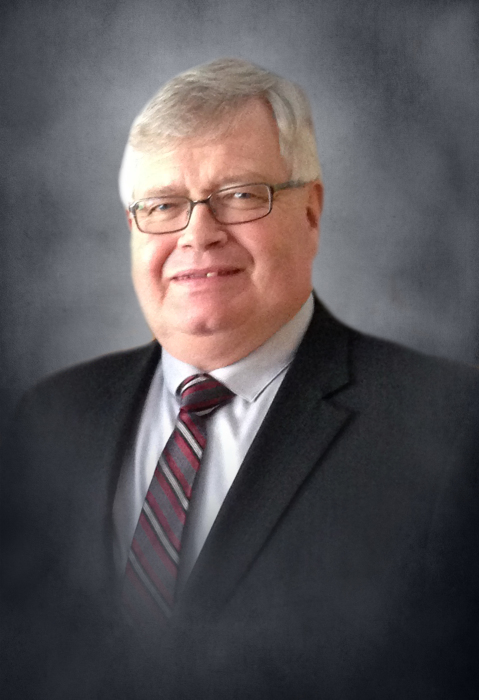 It is with great sadness that the family of Michael John Christensen announces his passing after a brief battle with cancer, on Saturday, November 24, 2018, at the age of 65 years.

He was born to Bruce and Beverly (Seibel) Christensen on September 12, 1953 in Chippewa Falls, WI and spent the rest of his childhood there, graduating in 1971. He married Rochelle (Thornton) Christensen and had his first child, Amy.  He was then an accountant for several Chippewa Valley businesses.

On December 1st, 1979 he married Deborah (Malmstadt) Christensen. They spent 20 exciting years in Milwaukee where he was a CFO. He held a BS in Management, a Nursing Home Administrator license, and an MBA with distinction.

In 1998, they returned to Chippewa Falls where he started his career at Grace Lutheran Foundation as Executive Director.  He was then promoted to CEO in 2014. He served on the Business Communication Advisory Board at UWEC and held several roles on the LeadingAge Wisconsin Board of Directors over a 15 year tenure. He was an intuitive, mission-driven innovator, respected by his peers.

Even with his impressive career in health care administration, Mike was a family man first. He believed that family was the most important part of an individual’s life and loved to brag about his family to anyone who would listen.

He is described by his coworkers as a friend, knowledgeable, a jokester, a mentor, witty, a strong leader, intelligent, loyal, successful, a strong family man, wise, and a great listener.

Mike will be lovingly remembered by his wife of 39 years, Deborah; his children, Amy (Tony) Seils, daughter Deven, and son Tyler. Mike will also be fondly remembered by his siblings, Kim (Jim) Hagen and Rob (Cindy) Christensen; father, Bruce Christensen; brother-in-law, Keith (Cathy) Malmstadt; grandchildren, Vince and Phillip Seils; along with his nieces, nephews and other relatives.

The family would like to extend a special thank you to friends, family, and all at Grace Lutheran Communities for all their love and support during this time.

A visitation will be from 4 to 8 p.m. on Thursday, November 29, at Pederson-Volker Funeral Chapel, 44 E. Columbia Street in Chippewa Falls.

A Celebration of Life will be at 11 a.m. on Friday, November 30, at Grace Lutheran Communities – River Pines, 206 N. Willson Dr., Altoona with a visitation one hour prior to the service. Rev. Debra Boynton will be officiating. A private interment will be at a later date in Marinette Forest Home Cemetery.

To order memorial trees or send flowers to the family in memory of Michael Christensen, please visit our flower store.