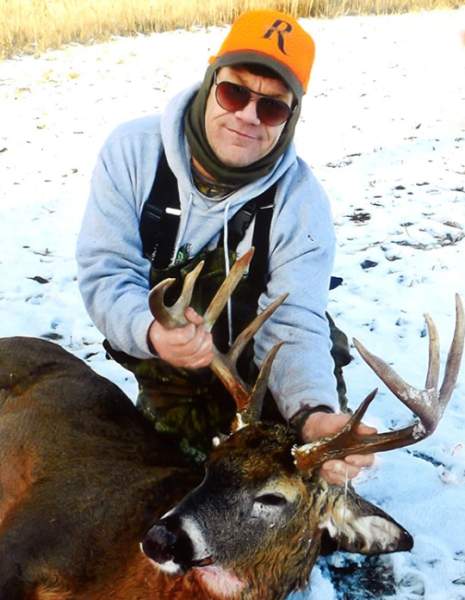 In his younger years, Mike worked at SFR Industries, Indianhead Plating, Chippewa Welding and drove gravel trucks contracted by the State of WI.   He returned to the family farm in 1990, and over the next 30 years built his own cash cropping business.  He was a top-notch welder and fabricator, and a perfectionist on every project he did.  He loved living in the Town of Lafayette on his great-grandfather’s original homestead, and he was proud of his well-maintained line of machinery and the improvements he made to his farm.

Mike lived for hunting.  He spent the year preparing for bow and gun season and the chase for the next big buck, and in the off season he hunted coyotes.  He was a crack shot, taking down a trophy buck on the run at 400 yards, and a turkey at 640 yards.  He enjoyed all of the hunting parties with family and friends, and teaching his sons Jesse and Corey to be avid hunters as well.

He was preceded in death by his mother, Kay; and his brother, Larry.

Due to COVID, no service will be held at this time. Mike will be laid to rest at Prairie View Cemetery with a private family graveside service.

The family would like to express their appreciation to the wonderful staff at Marshfield and Sacred Heart hospitals who cared for Mike.

In lieu of donations or memorials, please keep the family in your thoughts and share your memories and condolences online at pedersonvolker.com.

To order memorial trees or send flowers to the family in memory of Michael Wolfe, please visit our flower store.