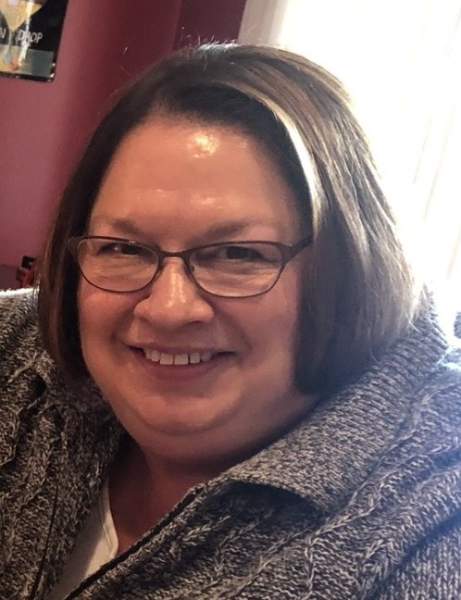 The Lord called another angel home on Thursday, February 28, 2019. Nancy Marie Seaholm, 64, passed away while spending time with her loving husband in the warmer weather of Florida.

Nancy was born to Chester and Hazel Bush on May 9, 1954 in Ladysmith, WI. She grew up in Weyerhaeuser, WI graduating from Weyerhaeuser High School. She went to work at Pioneer National Bank in Ladysmith where she met the love of her life, Scott. They married on August 1, 1981 and together, they had two boys: Thomas and Matthew who she was so proud of and who couldn’t have loved her more.  As a family they moved to Chippewa Falls in 1990 and made it their home. She worked side by side with Scott to build a business sharing her love for Christmas by showcasing her talents in creating beautiful holiday centerpieces and wreaths. In 1995 she began working for her family’s church, Trinity United Methodist. Nancy became the sole administrative assistant and ran the church office for more than two decades before retiring just a little more than a year ago.

Nancy’s warm love and caring spirit was something felt by everyone who crossed her path, but there was no one that she loved more than her three grandkids that God blessed her with through Thomas and his wife, Janel. Grandchildren Addy, Brady, and Rylee were the light of her life.

She was the best wife, mom, and grandma her family could ask for. Around town she was known as a devoted sports mom, rarely missing any of the hundreds of games her sons played in while growing up. On the open weekends without tournaments, some of her favorite times were spent on the pontoon or around the campfire at the family cottage on Lake Holcombe. In recent years she could be seen on the sidelines cheering for her grandchildren.

Nancy was preceded in death by her parents.

Friends and family may join us in celebrating Nancy’s life with visitation at Pederson-Volker Funeral Chapel, Chippewa Falls from 4pm to 7pm on Friday, March 8 and also one hour prior to the service at church on Saturday.

To order memorial trees or send flowers to the family in memory of Nancy Seaholm, please visit our flower store.