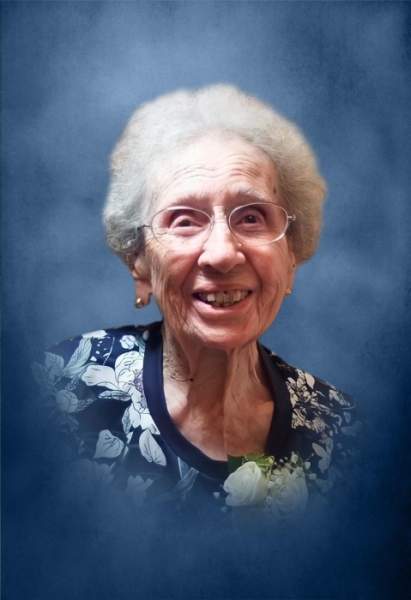 Neoma C. Dole, 105, of Chippewa Falls, died peacefully, surrounded by her family at the WI Veterans Home in Chippewa Falls on Tuesday, June 15, 2021.

Neoma was born in Stillwater, MN, to John W. & Hildur (Vesall) Jackson, on November 16, 1915. She graduated from Stillwater High School with the class of 1933 and attended Twin Cities Business School. Neoma married Melvin Dole on April 10, 1943, in Stillwater.

Neoma worked at multiple places including Red Star Yeast Co., the Federal Reserve Bank both in Little Rock, Arkansas, and New Your City and at 3M during WWII. In 1950, Melvin and Neoma moved to Chippewa Falls. After raising her family, Neoma was a teacher’s aide at Halmstad Elementary School.

Neoma was active in the Girl Scouts and served in many roles including cookie chairman. She was a member of Central Lutheran Church and was active in Deborah Circle and Ladies Aide. She was a member of Ellsworth Eastern Star Chapter OES #116 and remained a member until her passing. She enjoyed golfing, playing bridge and 500, cooking (she was famous for her dill pickles and sunfish) and traveling. Her many travels included Sweden, Hong Kong, Denmark, Norway, France, Mexico, and Canada. She and Melvin spent winters in Texas and traveled extensively though the US.

Neoma was committed to her faith and family. She cherished her many friends and developed close and loving relationships with those around her. She will be greatly missed by all who knew her.

Neoma is survived by her daughters, Sue Dole of Chippewa Falls and Kay Dole of Minneapolis; son, Jim (Mary) of Buckeye, AZ; grandchildren, Carolyn (Jacob) Schreiber of Waukesha and Scott (Kate) Dole of St.Paul; and great-grandchildren, Dylan & Hudson Schreiber; along with many other loving relatives and friends, including her special friend, Marge Jeffers.

The family would like to thank the staff of the WI Veteran’s Home for their outstanding care and Dr. Rajesh Maddikunta for his exceptional devotion to her and her health.

The funeral service will be on Monday, June 21, 2021, at 11:00 AM Central Lutheran Church, 28 E. Columbia Street, Chippewa Falls, with a visitation one hour prior to the service at church. Rev. Aaron Sturgis will be officiating. Interment will be in Prairie View Cemetery, Village of Lake Hallie.

Memorials are preferred to The Salvation Army or Luther Park, Chetek, WI.

To order memorial trees or send flowers to the family in memory of Neoma Dole, please visit our flower store.