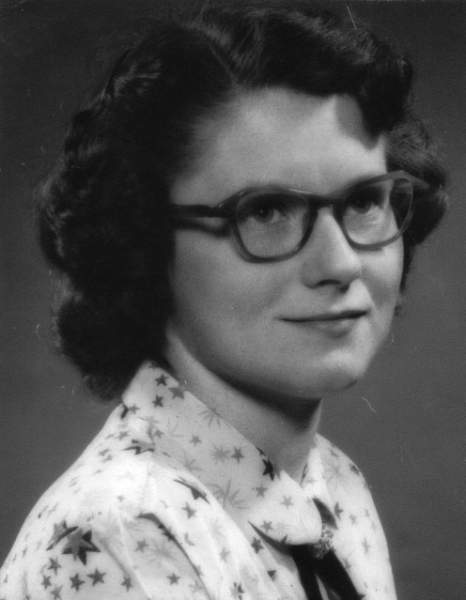 Norma Lucia Bolliger, 90, formerly of Eau Claire, passed away on Friday, July 12, 2019  at the Wisconsin Veterans Home at Chippewa Falls.

Norma was born January 27, 1929 in Union, IL. Her parents, the late Lydia and Arnold Fransson were self-employed and lived in Eau Galle.

On November 27, 1952, she was united in marriage to Ralph Rene Bolliger in Eau Galle.  They moved to Eau Claire in 1960 and lived there for over 50 years.   They then became residents of the Wisconsin Veterans Home at Chippewa Falls.  Ralph preceded her in death on February 8, 2017.

Norma graduated from Durand High School in 1946; and went on to graduate from Evangelical Free Church Bible College in Chicago in 1949 and Dunn County Normal in Menomonie in 1951.  In 1971, Norma earned a Bachelor of Science degree from the University of Wisconsin-Eau Claire.

Norma worked as an elementary teacher at Hall School in Eau Galle, Pepin Village School, and Howison School in Weston.  Norma later devoted her time to raising her three children and worked part time.  Her jobs included selling Bayfield apples, flower arrangements, greeting cards, and Amway products.  Norma also worked as a newspaper reporter, a clerk, and a maid.  In her last years before retirement, Norma assisted her husband with the family lawn business.

She is survived by her children: Linda (Arthur Okazaki) Bolliger of New Orleans, LA and her daughter, Kamaria (Christopher) Skinner and their son, Xavier of Blaine, MN; Charlene (Scott) Johnson and their children, Kevin Johnson of Madison, Kelsey (Troy) Keller and their daughter, Atalie of Village of Fox Crossing, and Isaac and Georgia Johnson of Neenah; Brent Bolliger of Tustin, CA, and his son, Joshua Bolliger of San Marcos, CA.

A funeral service will be held at 3:30 p.m., Saturday, July 20 at Pederson-Volker Funeral Chapel, Chippewa Falls with the Rev. Don Drollinger officiating.  Private interment will be at Clearview Cemetery, Eau Galle.

In lieu of flowers, please donate to your favorite charity.  The family would like to extend a sincere thank you to the staff and residents at the Wisconsin Veterans Home for their loving care of our Norma.

To order memorial trees or send flowers to the family in memory of Norma Bolliger, please visit our flower store.