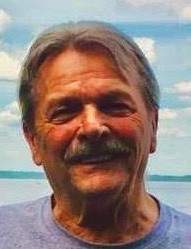 Although Norman lived in many places across the US, he called Wisconsin his home and spent most of his life living in the greater Chippewa Valley working as a body man and mechanic until retirement.  Norman was a jack-of-all-trades and dabbled in everything from cars and boats to carpentry and began flipping houses long before there was HGTV.

Norman lived life to its fullest and he loved cold beer, playing cards, especially cribbage and euchre, playing horseshoes, golfing, and camping with his family and his best friends.  Norman had a special place in his heart for music and truly loved sharing his selections with those closest to him.  When it was time to relax, he wanted nothing more than to cuddle up in the living room with his family and enjoy a good movie.

He was preceded in death by his parents, Ida and Clarence Nerison and his infant son, Jeffrey.

A memorial service will be held at 2 p.m., Friday, January 22 at Pederson-Volker Funeral Chapel, Chippewa Falls with visitation beginning at 1 p.m.

To order memorial trees or send flowers to the family in memory of Norman Nerison, please visit our flower store.