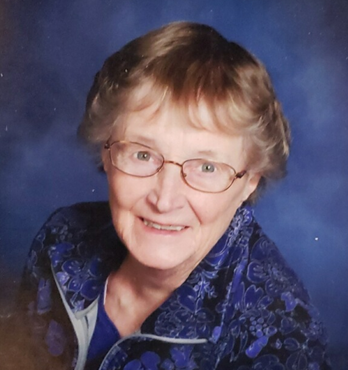 Patricia “Panzy” Ann Stiles died peacefully at her home surrounded by family, in Camino, California on Wednesday the 19th of June, 2019.

Born in 1933 in Fort Atkinson, WI, Panzy received a Bachelor of Arts Degree in Music and Piano from Appleton College in 1955. She also received her Masters of Arts Degree in Psychology while living in Germany with her family in 1975.

Panzy was married to her loving husband, Roger Ellsworth Stiles, in 1956. Panzy travelled the world with her beloved husband, Roger, and family during his Air force career, until their retirement to Wilton, CA in 1982. They built their retirement home in Wilton, CA.  When the river property of a lifetime surfaced, they decided to move back to Jim Falls, WI in 1989. They lived a very social life with their life-long friends in Chippewa. Panzy moved to Camino, CA, to live with her family after Roger’s passing in 2016.

Panzy loved being part of the First Presbyterian Church, fishing, gardening, feeding the birds, talking walks, good food, and an occasional Leinenkugel’s Grapefruit Shandy. She enjoyed spending time with her children, grandchildren, and great grandchildren. Panzy had a wonderful smile that could light up a room. She was a very kind and caring person. She and Roger had many lifelong friends worldwide and loved spending time with them.

Interment will be at the Stiles Family Plot in Forest Hill Cemetery, Chippewa Falls, at 10 a.m. on Monday morning August 26th.

To order memorial trees or send flowers to the family in memory of Patricia "Panzy" Stiles, please visit our flower store.