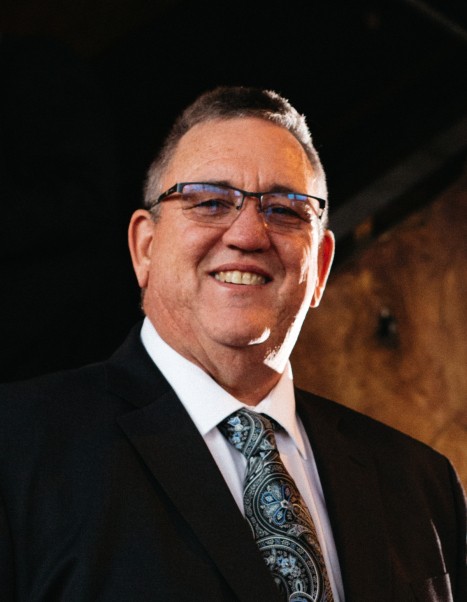 Paul David Frenette, 60, of Chippewa Falls, died at his home on Saturday, November 7, 2020 of COVID-19 complications.

Paul was born on July 19, 1960, in Chippewa Falls to Donald and Norma (Olson) Frenette. He graduated from Chippewa Falls Senior High School with the class of 1979. He attended Chippewa Valley Technical College graduating with an Associate degree in marketing and communications. Paul was united in marriage to Becky Simmerman on October 12, 1985 in Chippewa Falls; the couple just celebrated their 35th wedding anniversary.

Paul loved his family with all of his being and was never shy to show it with a beaming smile, a joyous sense of humor, a giant hug and a heart to match; he was loved dearly and will be sorely missed by his family and friends.

Paul loved animals, especially his dogs. At a young age, he showed a passion for the outdoors, hunting, and fishing. He especially loved the calm solitude of ice fishing with his dogs during the winter months. He enjoyed bowling, attending church, cooking, drawing and painting, and had a passion for movies, sometimes going to the theater three times in one weekend!

Paul worked for many years as a cook and concierge at his parents’ restaurant and motel, The Flame Supper Club and Motel in Chippewa Falls. He was also employed at Prange Way department store in Chippewa Falls, Hutchinson Technology in Eau Claire, and Charter Communications in Eau Claire. He followed in his father’s footsteps as the proud owner and operator of a seasonal concessions business, Frenette Concessions, with his wife Becky. His concessions could be found at the Northern Wisconsin State Fair for 40 consecutive years, the Bernard F. Willi Outdoor Pool for nine years, and many other outdoor events and festivals in and around Chippewa Falls. If you’ve ever eaten a homemade “Wonder Bar,” you likely got it from Paul.

He was preceded in death by his mother, Norma; father and mother-in-law, Arthur and Alice Simmerman; and sister-in-law, Lisa Moelter.

Due to the COVID-19 pandemic, the family is postponing any visitations or funeral services until it is safe to hold such events.

In lieu of flowers, memorials are preferred to Central Lutheran Church https://central-lutheran.org/give and/or the Chippewa Humane Society https://www.chippewahumane.com/donations.html . Also, please wear a mask in public, socially distance, stay home if you’re able to, and listen to science.

To order memorial trees or send flowers to the family in memory of Paul Frenette, please visit our flower store.

Service will be held when COVID-19 restrictions are lifted.