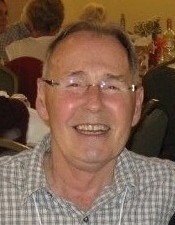 Paul A. Peters, 78, of Chippewa Falls, died peacefully at his home on Thursday, December 26, 2019 surrounded by his loving family.

Paul was born on April 12, 1941 to Albert and Lillian (Benson) Peters in Chicago, IL. He graduated from Arlington High School with the class of 1959. Paul served his country with the US Army until his Honorable Discharge. He was united in marriage to Sharon Salisbury on November 4th 1975.

Paul purchased the Town Pump Tavern in 1983 and operated it for just short of 30 years. He was a Shriner and Mason, which was very important to him. Paul served on the City Council as Alderman for the 5th Ward. He also served on the Police and Fire Commission for 14 years. Paul was an extremely Civic minded person and loved Chippewa Falls and the people that live here. When talking to people, Paul would always want to know what was going on in your life so he could get to know you better.

Paul loved to travel to places like the South Pacific, the Caribbean, and all over the U.S., but his happiest place was when he crossed the N.S.P bridge into Chippewa…HOME!!!

He was preceded in death by his parents; brothers, Alan and Jack; and sister-in-law, Connie.

A Celebration of life will be held from 4 to 7 p.m. on Saturday, January 11th at Rookies (Formerly the Town Pump) 616 N. Bridge St. Chippewa Falls.

To order memorial trees or send flowers to the family in memory of Paul Peters, please visit our flower store.