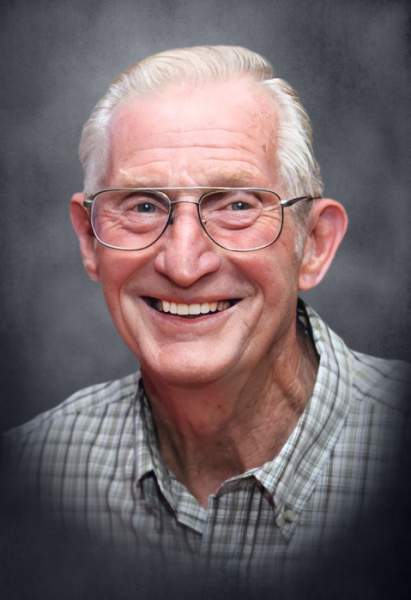 Paul was born in Chippewa Falls to Arlie and Ruth (Wick) Smith on August 12, 1932. He proudly served his country with the United States Air Force. Paul was stationed in Texas, Illinois, Delaware, Maine, Thule Greenland and finally, New Mexico, from 1951 until his Honorable Discharge in 1955. Paul was united in marriage to Ellen Bowman on July 21, 1956, in Stillwater, MN and blessed at Notre Dame Church in Chippewa Falls, WI.

Paul worked with Mason Shoe Company for over 45 years, retiring as a supervisor in 1993. He enjoyed the outdoors and spent his free time hunting, fishing, and camping. As one of the original members of the Chippewa Bowhunters Club, Paul killed the first buck in the history of the club, a nice 8 pointer, on November 4, 1951. He had a lot of fun and successful adventures on his annual fishing and hunting trips to Canada with his family and friends. Paul was also an avid Packers fan, coaching them from the best seat in the house - his recliner.

Most of all, Paul cherished his time with his loved ones. He and Ellen spent many vacations with family and friends. Some of their favorite trips included Yellowstone, Glacier, California, Washington DC and multiple trips to Colorado, Texas and Alaska.

Paul was preceded in death by his parents; other family members; and his lifelong friend, Kenny Blake.

The memorial service will be at 11 a.m. on Saturday, February 12, 2022, at Pederson-Volker Funeral Chapel, 44 E. Columbia Street, Chippewa Falls, with a visitation one hour prior to the service. Rev. William Plautz will be officiating. Following the service at the chapel, Military Honors will be conducted by the Chippewa Falls Patriotic Council. The interment will be in Forest Hill Cemetery, Chippewa Falls, at a later date.

The family would like to thank the staff of St. Joseph’s Hospice and Dove Heathcare West for all their compassionate care given to Paul.

To order memorial trees or send flowers to the family in memory of Paul Smith, please visit our flower store.