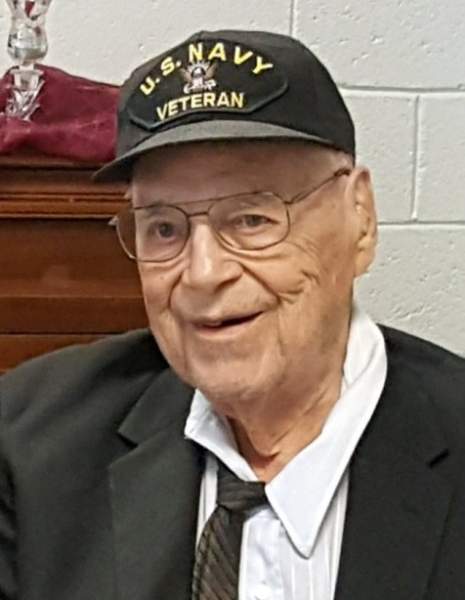 Buck received his nickname at birth. After the birth of four girls, his father Ed proclaimed, "I finally got a Buck!"

Buck attended school in Chippewa Falls, where he met his future wife, Geraldine Kiefer.  Buck and Geraldine enjoyed the same sense of humor and he enjoyed listening to her tell the story of how they eloped in July 1954, with Buck's uncle, Pastor Richard Sweitzer, performing the ceremony.

Buck enlisted in the Navy where he served as a Telemann. His service took him to the East Coast where he and Geraldine enjoyed time by the Eastern shore. Upon honorable discharge from his military service, he went to work for the railroad. True to his character, Buck did not like being away from Geraldine. Without telling her, he quit the railroad and went to work for what was then The Northern Colony for the Developmentally Disabled. He worked there, third shift, until his retirement in 1989. Buck drove school bus at the same time he worked third shift. He would drive bus when he was done working overnight, sleep and then get up and drive bus after school.

Buck loved all outdoor activities. He hunted deer and birds. He developed friendships where he would hunt pheasants in Iowa. He and Geraldine had a camper and traveled all over the U.S. with family. Buck loved to fish; Wisconsin sport fish, salmon fishing in Algoma, and trips to Alaska for halibut fishing.

Buck was a reliable brother. He cared for his sisters and their husbands when they were terminally ill. Many times they called him and he immediately came over to care to care for them. He often drove them to doctor appointments. Buck and Geraldine had a very special bond with his sister, Dolores Dietzler, her husband Peter and their four boys. He was very proud of all the Dietzler family accomplishments.

His three grandchildren will miss the fun they had with their grandpa. He made sure they all started to learn to drive at age 12, and how to shoot a .22 by age 9! Stealing the billfold while giving him a hug goodbye made for some fun tussles.

Buck is survived by his only son, Brad Anthony Sweitzer I; daughter-in-law, Lori; grandchildren, Nevada, Beau and Gabrielle. He is further survived by his sisters, Dolores Dietzler and Colleeen Schmidt; and many nephews and nieces.

A funeral service will held at 12 p.m., Saturday, May 4 at Zion United Methodist Church, Chippewa Falls with Rev. Don Drollinger officiating. Interment will be at a later date at Northern Wisconsin Veterans Memorial Cemetery in Spooner.

Visitation will be one hour prior to the service Saturday at the church.

To order memorial trees or send flowers to the family in memory of Phillip "Buck" Sweitzer, please visit our flower store.