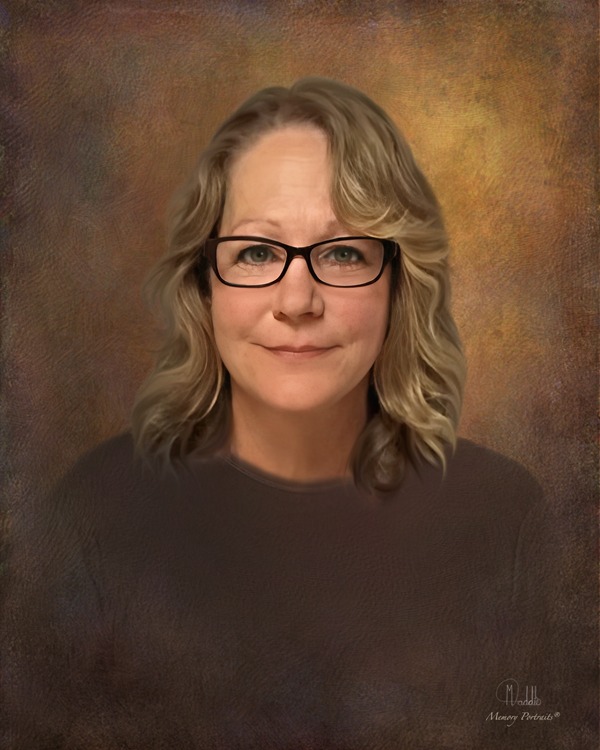 Renee was born in Neillsville, WI, on September 6, 1963, to Robert and Judy (Ott) Dahlke. After graduation from Granton High School in 1981, Renee enlisted in the U.S. Navy on October 3, 1983, training and working as a weather observer and Aerographer’s Mate. She was honorably discharged in the rank of Seaman E-3 from the Navy on April 21, 1986.  This job brought her to many places, her favorite being Spain. Renee worked as a weather observer at the Eau Claire airport after the Navy. Renee married James Olson with whom she had 3 children. They later divorced but remained good friends.  Renee later married Tony Merkel and gave birth to another daughter. They too divorced but remained good friends.

Renee was thrilled to be a grandma and created a playroom specifically for her grandchildren to spend time in when they visited. Besides the love she had for her family, Renee also had a love for crossword puzzles, the Harry Potter series, reading, writing, drawing, and sewing. She was a master at gardening, canning, and creating magical flower gardens. You could often find Renee in front of the TV, solving murder cases before the detectives on screen. Renee had an innate love for other people, and she opened her home to many people over the years.

Family and friends are invited to join us at Central Lutheran Church, (28 E Columbia Street, Chippewa Falls, WI 54729), at 12:00 PM on Tuesday, January 3, 2023, to celebrate Renee's life. A public visitation will be held from 11:00 AM until the time of Renee’s service at the church.

In lieu of flowers, the family is asking that donations be made to the Foundation for Alcoholism Research at http://alcoholismresearch.org/support-volunteer-donate/ This cause is near and dear to the family and is a way to help those struggling in the same way Renee was.

To send flowers to the family in memory of Renee T. Merkel, please visit our flower store.