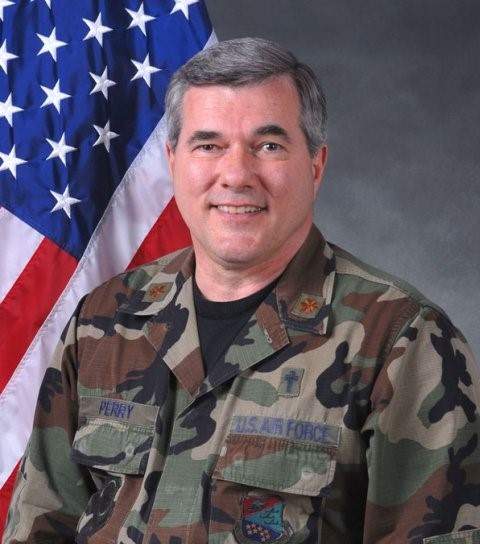 Retired Lieutenant Colonel, Chaplain Charles A Perry, 72 was called home to be with Jesus at the Chippewa Falls Veterans home, On February 12, 2021. Charles was a decorated soldier who served in the Vietnam War, Operation Enduring Freedom, Iraq, and many other missions. He served his country in the Military for 32 years.

Chaplain Perry was born on May 9th 1948, in Eau Claire, WI to his parents Charles & Dorothy (Black) Perry. He graduated from Chi-Hi in 1967 and went on to college in Black River Falls. He left college and joined the Air Force to serve in the Vietnam War. After Vietnam he gained many life experiences while traveling and exploring a plethora of different interests and jobs. He ended up in Leavenworth, WA where he met his wife, Ruth (Ayers) Perry. Shortly after he felt a calling to go to seminary to become a pastor and obtained his Masters of Divinity Degree. Throughout those years he also went on to get his degree in CCDC counseling.

Charles and Ruth went on that journey together and came back to Chippewa Falls where they pioneered their first church, New Life Open Bible. During their journey they had two biological children Dustin and Kimberly, a little later on they adopted their third child, Alex. During their years together they pastored churches in North Dakota, Wisconsin, Utah, and Minnesota. Served as a Chaplain in the Air Force in all the towns they have lived in.

In addition to being a caring husband, loving father, and friend to many he enjoyed fishing, camping, and traveling. Throughout Charles' life he held an unwavering faith to God and shared that faith with family, friends, and anyone he met along the way. He wanted to make sure everyone he met was aware that there was a Heavenly Father who knows their name and that he loves them very much.

A visitation will be held at New Life Open Bible, Chippewa Falls on Saturday February 20, 2021 from 1 to 3 p.m. The funeral service will begin at 3 p.m. with a reception afterward. The interment will be at the Northern Wisconsin Veterans Memorial Cemetery in Spooner, WI at a later date.

“Let not your hearts be troubled. Believe in God; believe also in me. In my Father's house there are many rooms. If it were not so, would I have told you that I would go to prepare a place for you? And if I go and prepare a place for you, I will come again and will take you to myself, that where I am you may be also.  John 14: 1-3