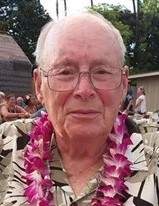 The Reverend Clarence Henry Cheever Jr., age 86, of Rochester, passed away peacefully on November 30, 2020 at Memorial Hospital of Burlington with his loving family at his side.

Clarence was born in Jim Falls, Wisconsin on October 1, 1934, the son of the late Clarence H. and Hattie (nee. Zerbach) Cheever Sr. He spent his early life in Jim Falls and was a graduate of Chippewa Falls High School. On September 25, 1954, he married the love of his life, Janet Mary Maier. Clarence joined the Army as a medic, serving from 1956 – 1958, receiving a rank of Private First Class and later receiving an Honorable Discharge.

Clarence attended Dubuque Theological Seminary earning a Master of Theology and was ordained into the ministry in 1971. Clarence faithfully served the United Methodist Church in Boscobel, the Stanley area, and Waterford for many years. He was a loving partner and friend to his dear wife. He was an avid outdoorsman and could often be found fishing and hunting with his children. Clarence loved to travel and enjoyed camping trips with his entire family. He will sadly be missed.

Visitation will be held on Saturday December 5, 2020 from 10:00 AM until the time of service at Pederson-Volker Funeral Chapel, 44 E. Columbia St., Chippewa Falls, WI 54729. Funeral Services will begin at 1:00 PM with Rev. Paul Messmer of Jim Falls United Methodist Church officiating. Interment will be in Copp Cemetery, Town of Anson, with Military Honors conducted by the Chippewa Falls Patriotic Council.

In lieu of floral expressions of sympathy, memorials are suggested to the family, checks payable to Tina Cheever, for distribution to Clarence’s favorite charities.

Family wishes to send a heartfelt Thank You to the nurses and staff at Memorial Hospital of Burlington and Aurora at Home Hospice for the loving care of Clarence in his time of need.

To order memorial trees or send flowers to the family in memory of Rev. Clarence Cheever Jr., please visit our flower store.