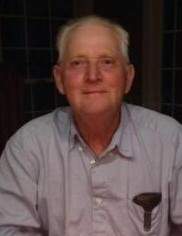 Richard was born on June 12, 1944, in Springfield TN, to Percy Vincent and Ruby Aileen (Osborne) Cook. He graduated from East Roberston High School with the class of 1962. Richard served his country with the Army National Guard from 1964 until his Honorable Discharge in 1970. His work history included Wilson Sporting Goods and Unarco along with his last employment at EZ Scaffolding as a steel foreman until his retirement.

Richard enjoyed owning mustangs and meticulously washing them every Saturday morning.  He loved listening to Bob Seger and spent many nights dancing away at the infamous Starlite Dine & Dance Club.  He was never bashful of asking women of all ages to dance with him.  Upon retirement he relocated to Bloomer, Wisconsin where his hard work continued by embarking on lawn  mowing jobs during the summers.  This man never shied away from hard work and doing things “right now”.  Several of us called him the “silver fox” because of his beautiful silver hair.

Richard was a proud, simple, and caring father and grandfather that will be missed by all who knew him.

Richard was preceded in death by his parents; and brother, Charles Wayne (Peggy) Cook.

A Celebration of Life will be on Friday, February 26, 2021, at the Owens Chapel United Methodist Church, Springfield, TN from 11 a.m. to 1 p.m. followed by a graveside service at Owens Chapel Cemetery. A reception will follow the committal in the Owens Chapel fellowship hall.

To order memorial trees or send flowers to the family in memory of Richard Cook, please visit our flower store.