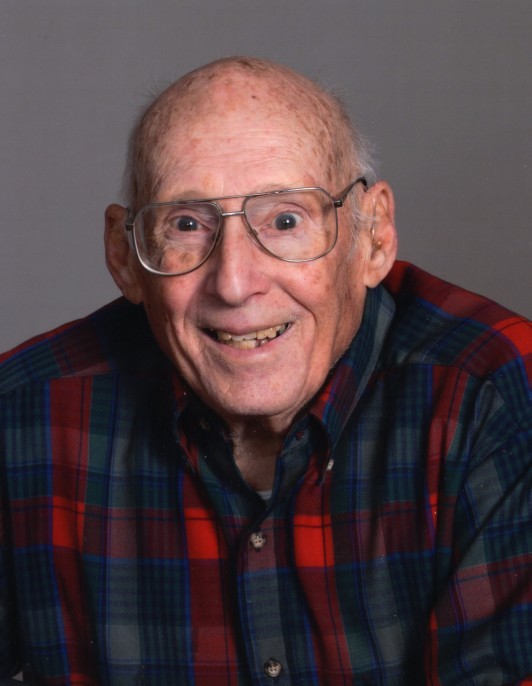 He proudly served honorably in the U.S. Navy during WWII, where he worked as a machinist  onboard the aircraft carrier USS Manila Bay in the South Pacific.

On February 15, 1947, he married Helen Steinbach in Symco.  They resided in Chippewa Falls where Richard worked at CT Film and at Ed’s Boot and Shoe Store.  He enjoyed flower gardening, working in the yard, creating stained glass pieces of art, cheering on the Green Bay Packers, traveling, and visiting with people.

In 2011, Richard deservingly went on the Freedom Honor Flight to Washington DC to see the WWII Memorial there.

He will be dearly missed by his four children, Sharon (Dennis) Krumenauer of Holmen, Kathy (Lonnie) Heidtke of Ladysmith, Cindy (John) Carlson of Chippewa Falls, and Gerald (Illa) Russell of Chippewa Falls; a sister, Carol (LaVerne) Schreiner of Tilden; nine grandchildren; 16 great-grandchildren; and many nieces and nephews.

A funeral service will be held at 11 a.m., Friday, November 22 at Zion Lutheran Church, Chippewa Falls with the Rev. Timothy Jones officiating.  Interment with military honors by the Chippewa Falls Patriotic Council will follow at Forest Hill Cemetery, Chippewa Falls.

Visitation will be from 9:30 a.m. until the time of service Friday at the church.

Memorials in Richard’s honor may go to Irvine Park or Zion Lutheran Church.

The family would like to express their sincere gratitude to the staff of Aggie’s Country Living, Visiting Angels, and Mayo Clinic Hospice who showed great kindness and love to Richard and his family.  Also, a special thank you to the volunteers of Mobile Meals, who Richard looked forward to seeing each visit.

When people came to visit him, Richard’s parting words to them were “Thanks for coming, drive safe.”

To order memorial trees or send flowers to the family in memory of Richard Russell, please visit our flower store.