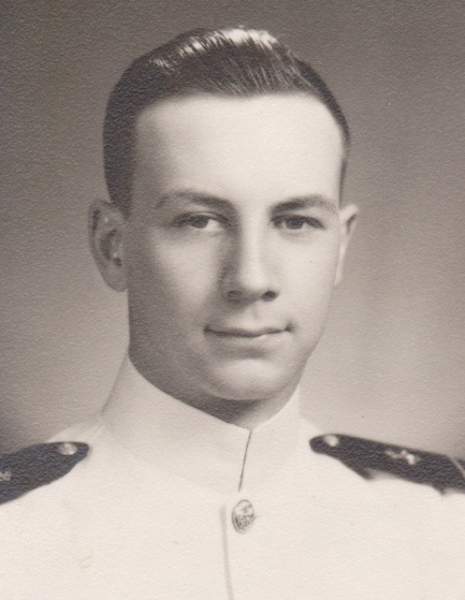 Richard was born in Hinsdale, Illinois on August 3, 1933. As the eldest son of Carmen and Warren Shafer, Dick became the “man of the family” upon his father’s death from mumps in 1941. This sudden change in fortune led his mother to move her two sons, Richard and James, back to her family’s farm in Lake Hallie, Wisconsin.

Dick and Jim helped around their grandparent’s farm for three years and then during the summers when they began to spend their school years in Chippewa Falls.  Working as a paper boy when he was in town and doing chores around the farm in the summers, Dick established what would become a lifetime habit of applying himself and working hard on tasks big and small.

In addition to his mother and her parents, the Meserveys, Richard found guidance and role models in the Boy Scouts as he grew up in Chippewa Falls. He achieved the rank of Eagle in the Boy Scouts. Dick graduated as salutatorian from Chippewa High, and he was appointment to the Naval Academy at the age of 19. He enjoyed his years at Annapolis, doing well academically, participating in sports and leadership opportunities, and graduating first in his class in 1956.  This achievement was marked in three unique ways: First by the Navy, which filmed the graduation and then flew Dick and that film to the bedside of his dying mother. Second, by Life Magazine, which ran a two-page spread of the event. Third, by Chippewa Falls, which celebrated Ensign Shafer Day that summer to mark the first time a son of Wisconsin had graduated first from Annapolis.  1956 was a pivotal year for Dick, as his graduation was soon followed by his mother’s death and his marriage to his high school sweetheart, Cleo Mae Kroll, and then by his first Naval assignment.

Throughout Dick’s Naval career, he and Cleo moved from one coast to another as they raised their three children, often spending summers in Wisconsin. Steven was born in Chippewa Falls; David in Hawaii; and Kari in California. Dick received the Meritorious Service Medal for his work improving maintenance of FMB submarines. During his naval career, Richard spent time on destroyers and submarines, at one point serving as the Executive Officer on a Polaris Fleet Ballistic Missile Submarine. He retired from the Navy as a Commander before working as an assistant professor at the California Maritime Academy.

Richard’s interest in politics led to him serving on the Benicia, CA City Council for four years. He was active in the churches he attended and in the Rotary Club.  All this while he continued working in retirement as a Financial Planner and Real Estate Investor.  He loved teaching and served as a substitute teacher in the local schools, first in Benicia and then in Lincoln, California.

Dick served his family just as he served God and country: with his all. Dick was active in the lives of his children, encouraging them in their academics, athletics, and boy scouts. He applied himself to their happiness and success. After Cleo’s death in 1994, Dick married Patricia Ely in 2000.  A few years later Dick & Pat moved to Lincoln where they enjoyed an active lifestyle of biking and golfing alongside his other pursuits until the onset of his illness in 2018.

He was predeceased by his first wife of 38 years, Cleo Mae (Kroll) Shafer and by his brother, Dr. James S. Shafer. He is survived by his second wife of 21 years, Patricia (Ely) Shafer; his three children, Steven, David, and Kari (Marshall); and seven grandchildren.

Memorial services were conducted in June at Lincoln Hills Community Church. Interment will be at 1 p.m. on Saturday, July 31st at Prairie View Cemetery in Lake Hallie, WI, with Military Honors conducted by the Chippewa Falls Patriotic Council.

To order memorial trees or send flowers to the family in memory of Richard Shafer, please visit our flower store.