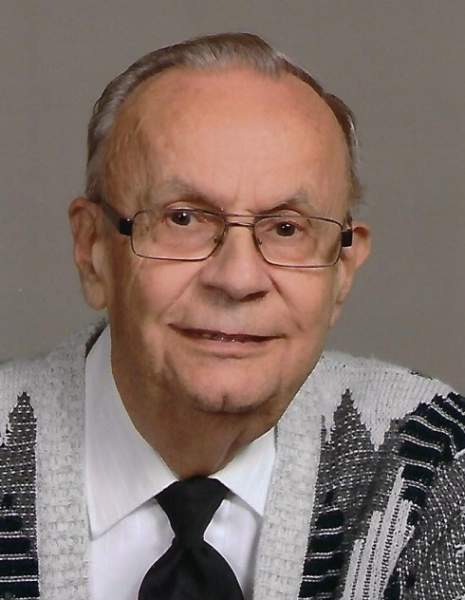 Pastor Robert H. Bernhardt, 90, of Chippewa Falls, WI, formerly of Mequon, WI, was received into his heavenly Father’s home on January 23, 2022, while residing at Our House Memory Care facility.

Robert was born on March 10, 1931, to Herbert and Louise (Sutter) Bernhardt in Fond du Lac, WI. He received the Sacrament of Holy Baptism on April 12, 1931. He reaffirmed the faith he received in a confirmation service on March 25, 1945, at St. Paul’s Lutheran Church, Grafton, WI. Following six years of studies at Concordia High School and College in Milwaukee, Robert attended Concordia Seminary-St. Louis for five years. Graduating in 1956, he became a pastor of The Lutheran Church-Missouri Synod. After graduation he married Ardis Kaufman at St. John’s Lutheran Church in Berlin, WI.

Robert was ordained at his first call and served congregations in Bucklin, Greensburg, and Ashland, KS. During his ministry he also served congregations in La Crosse, Plymouth, and Mequon, WI. By God’s grace he ministered faithfully until his retirement in 1993, after which he continued to serve God’s people by teaching Bible class at Trinity-Freistadt (Mequon) and visiting the homebound and care facility residents, sharing with them God’s Word and the Lord’s Supper.

The family would like to thank Pastor Dan Wonderly and Pastor Ron Mueller for their spiritual care visits, Our House Memory Care for the care they provided, and St. Croix Hospice for their support at the end of Robert’s life.

To order memorial trees or send flowers to the family in memory of Robert Bernhardt, please visit our flower store.