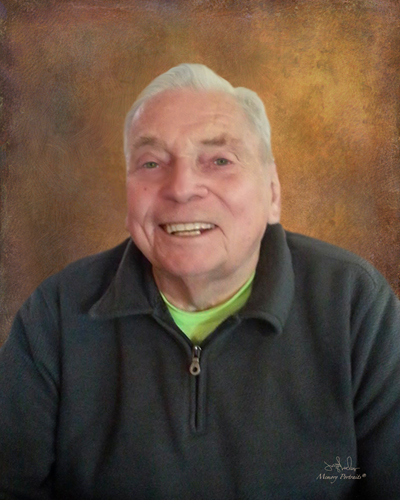 Robert was born on April 29, 1928, to Elmer and Evelyn (Mesick) Unke in Milwaukee, WI. He graduated from Menomonee Falls High School in 1947. Robert served his country in a MASH hospital in Germany with the U.S. Army from 1950 until his Honorable Discharge in 1952.

Robert married Ida Unverrich at St. Paul’s Lutheran Church in Menomonee Falls on February 6, 1954. After their marriage, they resided in Milwaukee and then Menomonie Falls. He owned and operated service stations in Shorewood from 1953-1969. He and Ida moved to Chippewa Falls in 1969 and he ran Wissota Marina until his retirement in 1994.

He was the first Lafayette Fire Chief, a charter member of the Lions Club, an Elks member, and a past Master of the Masonic Temple. He also taught small engine classes at WWTI.

He was preceded in death by his parents; sister, Shirley Hanson; and brother, Jerome Unke.

The Memorial Service will be at 3 p.m. on Sunday, October 17, 2021, at English Lutheran Church of Bateman, 20588 Co Hwy X, Chippewa Falls, WI 54729, with a visitation beginning at 1 p.m. at the church. Rev. Rick Biedermann will be officiating. Interment will be in the Bateman Cemetery, town of Lafayette, with Military Honors conducted by the Chippewa Falls Patriotic Council. Masks are required while attending the services.

To order memorial trees or send flowers to the family in memory of Robert Unke, please visit our flower store.