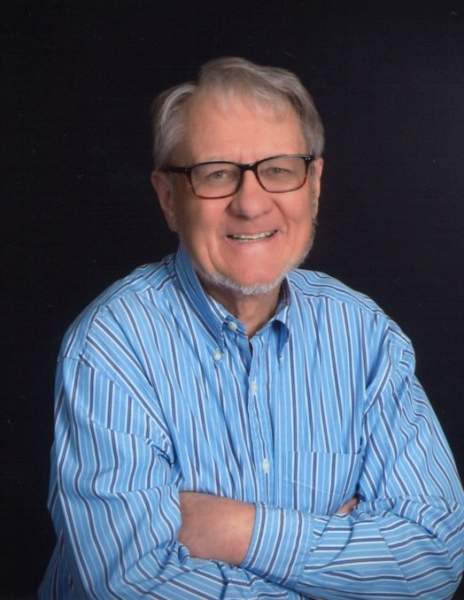 Rodney Gene Pike passed away on August 21, 2021 from Covid. His family is grateful to all the Health Care Professionals who fought Rod’s battle against Covid. They showed him great education, skill, and compassion, as if he were their own family member from diagnosis to his time of passing. Thank You!

Rod was born March 11, 1934 to Rollo F. Pike and Lillian R. (Schulz) Pike, in Watertown Wis. Rod was baptized in 1934, by Pastor Rubel of St. Stevens Lutheran Church, Concord, WI. Confirmed in 1948, at St. John’s Lutheran Church, Watertown, where he also attended grade school. Rod enjoyed attending Watertown High School 1952.  He played the trombone in the orchestra and marching band, participating in Badger Boys State. He also was the co-captain of the Watertown High School football team. Rod loved his high school days and was the MC for his class reunions. During his teenage years Rod worked at his Dad’s business Pike Egg and Feed, performing any and all tasks required.

Rod loved growing up at 706 Market Street in Watertown WI. He enjoyed fishing at the Rough and Ready Dam. He played guitar as a teen and played The Carter Family music and listened to Willy Nelson and Roy Orbison.

Rod joined the National Guard in 1952 and played trombone as a member of the 32nd Infantry Band, until 1958. He then transferred to the HQ CO of the 157th Transportation Battalion (Boats) of Fond du lac. During this time Rod also became a licensed Professional Land Surveyor. His first engineering job was with Fuege & Son Engineers Fort Atkinson WI. Rod then moved to City of Fond du Lac Public Works Dept. In 1963, found his home as City Engineer and Director of Public Works Chippewa Falls, WI retiring in 2003. Rod married Janet Rubenzer on December 9, 1989. Rod was a proud community member. He worked tirelessly with the heart of a Lion for the citizens of Chippewa Falls. Rod had many professional accomplishments he was proud of, namely, The Seymour Cray Sr. Memorial Boule-vard.  Seldom do we meet a person the caliber of Rodney G. Pike. He was a blessing to all and will be missed by so many. But his sense of humor and stories will be remembered for all eternity.

Rod was a living kidney donor to his younger brother Larry, in 1977. He became a lifelong advocate for the cause of organ and tissue donations, both Living and Donation After Life.

Those in Chippewa Falls may remember the ever-present bumper sticker on Rod’s car “Don’t Take Your Organs to Heaven...Heaven Knows We Need Them Here.”

He appeared in two Chippewa Falls plays, “HOME TOWN” and “COME BLOW YOUR HORN.” Rod was also known as a storyteller. Rod volunteered for years with Chippewa Falls Spirit of Christmas, Chippewa Area Food Pantry, and was a recipient of the Jefferson Award.  He was a member of Our Saviour’s Lutheran Church Choir. Rod and Janet enjoyed Friday fish fry’s at High Shores Supper Club with friends. During Rod’s working years he could be found enjoying lunch at Pretzel’s across from city hall. Weekends, he enjoyed local fishing, camping at Crystal Lake and vacationing at Plum Lake.

Rod often said, “I came to Chippewa Falls for a 5-year run, and here I am over 50 years later.”

Donations may be made to Our Saviour’s Lutheran Church, the National Kidney Foundation of Wisconsin, and the Alzheimer’s Foundation.

Covid deprived Rod of his final wish to be an Organ and Tissue Donor After Life, so on his behalf, and those waiting in desperate need of donations, his family pleads for all who knew Rod, and are able and empathetic to the cause, to commit to becoming a donor.

The memorial service will be at 12 p.m. on Friday, May 27, 2022, at Our Saviour’s Lutheran Church, 1300 Mansfield St., Chippewa Falls, with a visitation one hour prior to the service at church. Rev. Karen Behling will be officiating. The interment will be in Forest Hill Cemetery, Chippewa Falls with Military Honors Conducted by the Chippewa Falls Patriotic Council. Following the interment, all are invited to the Fill Inn Station for a lunch and a time of fellowship and reflection.

To order memorial trees or send flowers to the family in memory of Rodney Pike, please visit our flower store.