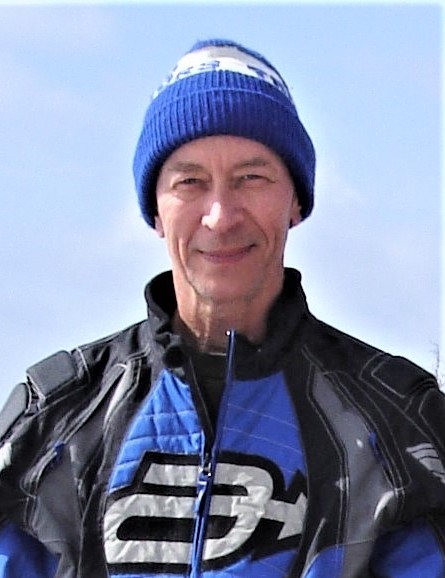 Rodney Lee “Rod” Vizer, 62, of Chippewa Falls, WI, passed away peacefully in his home with family by his side on Saturday, May 23rd, 2020 following a courageous and lengthy battle with cancer.

Rod was born November 6, 1957 in Stanley, WI. He attended Stanley-Boyd High School and graduated in 1976, marrying the love of his life, Sharri May LaFlex, at Our Saviour's Lutheran Church on August 12, 1978. Rod worked for Tom Tobola Ford as a certified mechanic many years before attending Chippewa Valley Technical College where he received several certificates. He went on to work for Cray Research and then CESA 11 Head Start as a bus driver and teacher’s aide for 17 years prior to his illness.

He is best known for his gift of gab and ability to make friends anywhere he went as well as his devotion to helping those in need. Rod enjoyed drag racing motorcycles, snowmobiles, and muscle cars in his younger years with a fondness of Ford Mustangs. He enjoyed working on engines and transmissions in his shop and was experienced with computers and technology, once operating a computer repair business out of his home. He enjoyed firearms and target practicing with his children and friends and was also an active member of the Chippewa Valley Amateur Radio Club. Lastly, and most of all, he enjoyed time with family and grandchildren.

Rod is survived by his loving wife of 41 years, Sharri Vizer, of Chippewa Falls, WI; his children and their spouses, Rodney J. and Sunny Vizer, Ryan and Chelsea Vizer, and Amber and Jeremy Zimmer; his six grandchildren, Riley, Freedom, Mason, and Freya Vizer, and Greyson and Paityn Zimmer; his sisters, Lorraine Mattheisen and Jeanette Vizer; and finally his brother, Richard Vizer.

He was preceded in death by his parents, Joseph and Dorothy Vizer.

Family would like to thank Dove Healthcare West for providing ongoing support to Sharri, as donations received allowed her more time with Rod before his passing.

A funeral service will be held at 11 a.m., Friday, May 29 at Pederson-Volker Funeral Chapel, Chippewa Falls with Rev. Alan Dunham officiating.  Interment will be at a later date at Evergreen Cemetery in Stanley, WI.

Visitation will be from 4-7 p.m., Thursday, May 28 and also one hour prior to the service on Friday, all at the funeral home.

To order memorial trees or send flowers to the family in memory of Rodney Vizer, please visit our flower store.